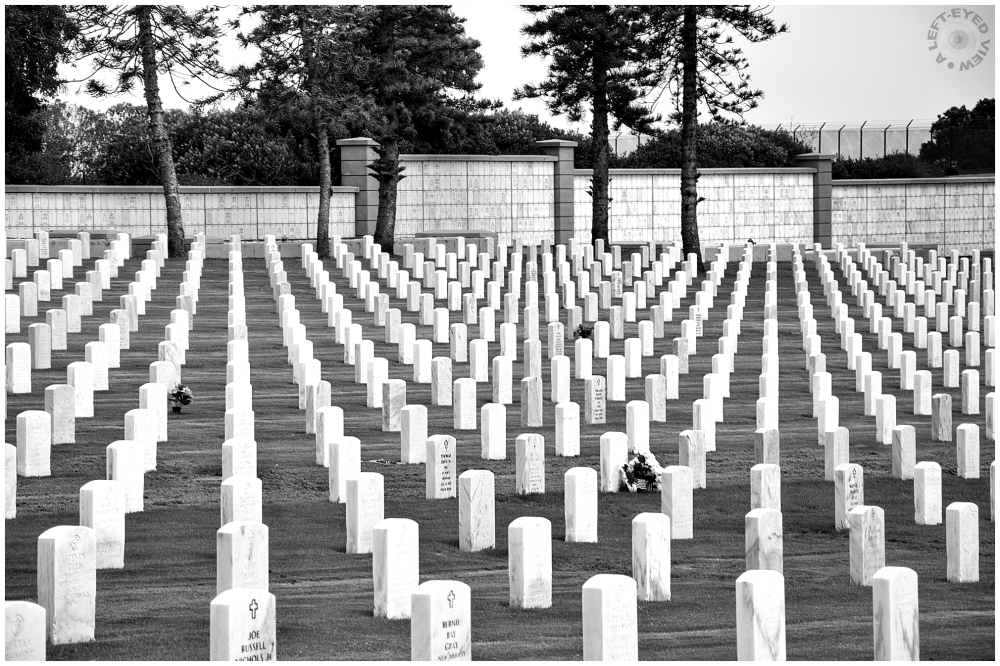 Posted by Steven (Chicagoland, United States) on 25 May 2015 in Landscape & Rural and Portfolio.

Memorial Day is a federal holiday in the United States for remembering the people who died while serving in the country's armed forces. The holiday, which is observed every year on the last Monday of May, originated as Decoration Day after the American Civil War in 1868, when the Grand Army of the Republic, an organization of Union veterans — established it as a time for the nation to decorate the graves of the war dead with flowers. By the 20th century, competing Union and Confederate holiday traditions, celebrated on different days, had merged, and Memorial Day eventually extended to honor all Americans who died while in the military service.

A powerful image and such an impact in B&W.

A poignant point of view for a powerful tribute

Very nice piece here, Steven. And, as always, your detail in words is as carefully pointed out as is your detail in your images - always top. Thank you for this piece.....I am still taken back by some folks who say "Happy Memorial Day!" as if it is a time for partying......Another thing I saw yesterday was a recognizable celebrity referred-to this day as "Veteran's Day>" I just don't get it. So Thank you for this Steven!

A breathtaking view that overwhelms the soul!

Superb composition Steve, I'm always shocked whenever I see how many gave their lives for us

A beautiful image of this cemetery and a strong reminder of the price of our freedom. Most importantly, a reminder that our leaders should not enter into wars without carefully considering the costs of such ventures.

A beautiful image and wonderful tribute for Memorial Day.

Wonderful perspective and depth of field in this somber shot.

AMAZING! Love the trees in this shot!

Such a strong and sad pattern... Great composition.