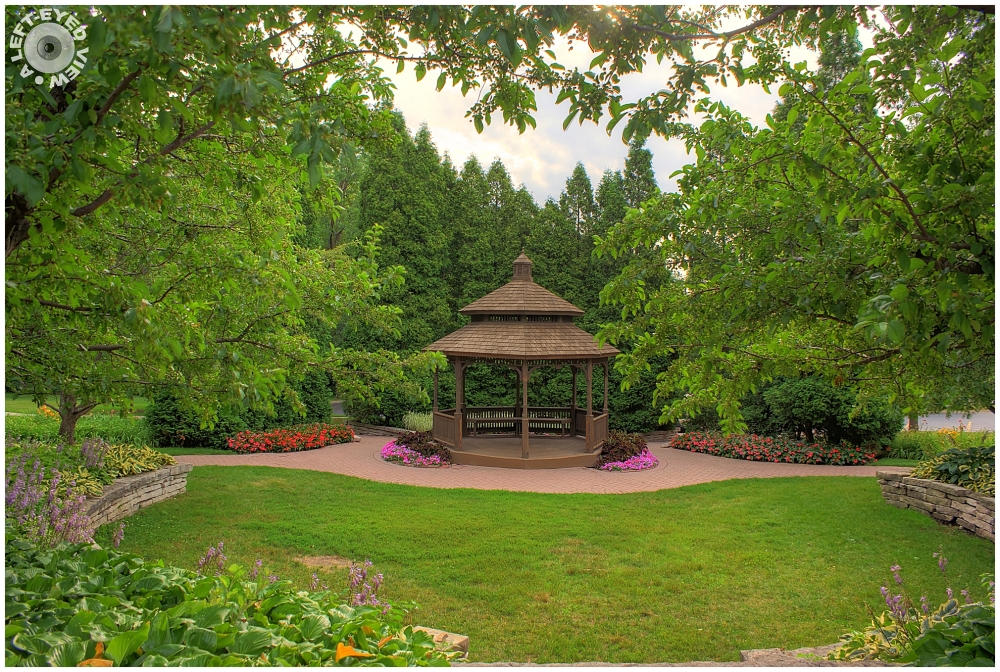 Posted by Steven (Chicagoland, United States) on 22 June 2015 in Landscape & Rural and Portfolio.

Gazebo located in a portion of the formal gardens of Bowen Park in Waukegan, Illinois. Bowen Park originally had its beginnings in 1912 as the Joseph T. Bowen Country Club, which served as a summer camp for children and their families from Chicago's crowded Near West Side neighborhood. The camp was owned and operated by Hull-House, the Chicago settlement house founded by Jane Addams. The Bowen Country Club provided a summer outing to Chicago's children until 1962 when the property was sold to the Waukegan Park District.

What a peaceful setting this makes . ..

Pretty kiosk in the middle of the park

So well kept... I wouldn't mind taking a stroll there! I love the gazebo... very relaxing!! Beautiful!

I want to bring my book and stay awhile.

Beautiful place with all the surrounding landscaped gardens! Beautiful photo!

The greens are a treat for the eye. Gorgeous image.

This is a really beautiful garden with a peaceful atmosphere ... the colors are wonderful !!! Beautiful image ...

I love the well manicured grounds surrounding the tidy gazebo.

This is just lovely! I could imagine that weddings would take place here.

That is beautiful the way it is framed by greenery.

What a beautiful image !! So pleasant and lovely view. Great exposure and colors in this fine composition.