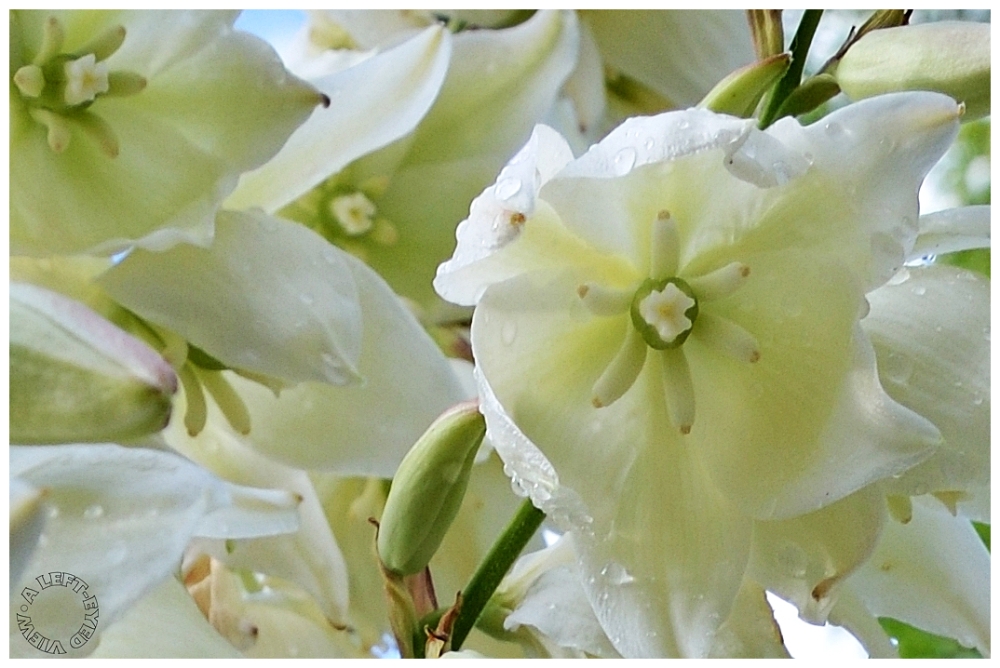 Posted by Steven (Chicagoland, United States) on 23 July 2015 in Plant & Nature and Portfolio.

The natural distribution range of the genus Yucca covers a vast area of North and Central America. From Baja California in the west, northwards into the southwestern United States, through the drier central states as far north as Alberta in Canada. They are to be found in rocky deserts and badlands, in prairies and grassland, in mountainous regions, in light woodland, in coastal sands, and even in subtropical and semi-temperate zones, although these are generally arid to semiarid.

Yuccas have a very specialized, mutualistic pollination system, being pollinated by yucca moths; the insect purposefully transfers the pollen from the stamens of one plant to the stigma of another, and at the same time lays an egg in the flower; the moth larva then feeds on some of the developing seeds, always leaving enough seed to perpetuate the species. Yucca species are the host plants for the caterpillars of the yucca giant-skipper, ursine giant-skipper, and Strecker's giant-skipper.

Species of yucca have adapted to a wide variety of climates in mountains, coastal sand, grasslands and prairies as well as rocky badlands and deserts. Most species of yucca have thick, waxy skins to prevent loss of water through evaporation. They frequently store water in thick roots. Some yuccas store water in thick, fleshy leaves. Some desert plants have an oily coating on their leaves or pads that traps moisture, thereby reducing water loss. Some species drop their leaves during drought to prevent the loss of water through transpiration. The channeled leaves of a yucca direct dew and rainfall water to their roots. Yuccas are said to be "fire adapted"; that is, they grow and spread vigorously after wildfires.

Nice shot. Thanks for the explanation.

Superb frame. I like the drops on the petals.:-)

When I saw your photo and read the following info I googled and realized that on the wknd I snapped a photo of someone's yard with a Yucca in full bloom... because yours is a macro I didn't recognize it right away. I will post it Monday, I'm sure it's a Yucca. Anyway, this a fine full frame macro... wonderful color and detail... and I like the 'after the rain' freshness, so pretty!!

A fine shot of these pretty flowers. I like the arrangement and the inclusion of other interesting elements. Nice one.

Beautiful closeup of this gorgeous flower. Excellent. Love this. :)

WOW! The centers are superb!

A beautiful close up of these small flowers and interesting information about the plant ...

A beautiful image of the Yucca blossoms and lots of nice information.

What gorgeous flowers! I had a yucca at my old house. The flowers were lovely but this is a spectacular image of them! Great information!

So much and yet nothing happening. Pretty but not memorable.

Beautiful shot with the little drops of water.