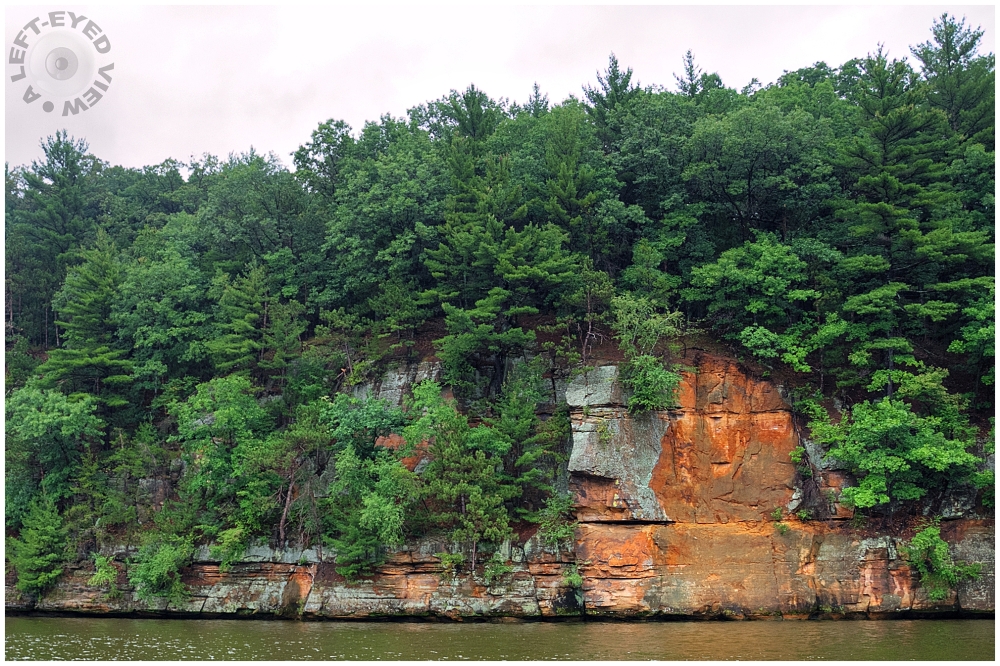 Posted by Steven (Chicagoland, United States) on 2 September 2015 in Landscape & Rural and Portfolio.

One Native American with strong ties to Wisconsin Dells is Black Hawk, the well-known warrior and leader of the Sauk and Fox Indians. Although neither of these tribes made their homes in the Dells, this is where Black Hawk fled after a devastating massacre at the Bad Axe River in 1832. Native legend has it that during his flight, he coaxed his horse to leap fifty-two feet across the Wisconsin River at the narrowest spot in the Dells, known today as Black Hawk's Leap. Folklore also says that Black Hawk hid until he was captured by two Ho-Chunk braves. Other historical documents indicate Black Hawk surrendered to the U.S. Army after his defeat.

This rock formation along the Wisconsin River resembles a head in profile and is aptly named Black Hawk's Profile after the great warrior who sought refuge among the caves of the Dells.

The color of the rocks and the cascading trees really make one appreciate
the beauty here, sensational !~

It is a nice place with a good legend.

Beautiful rocks and trees. An interesting bit of history/legend, too.

A wonderful historical story to go along with this fine image. I'm enjoying your series very much.

A fascinating rock likeness and a very interesting story.

The graphic in the stone is impressive

It really seems the face of a warrior. And a beautiful image.

Beautiful. As you mention the Dells, I recall days in early fifties of going to Lake Ripley. Is that nearby? I was only a child, but fond memories of Wisconsin and Lake Ripley.

@LauraS: Lake Ripley is about 24 miles east of Madison and Wisconsin Dells is about 57 miles north of Madison. :-)

A very interesting read Steven... the rock is amazing and aptly named too... such a great series, I am enjoying this journey through Wisconsin, it's beautiful!

Beautiful photo and a great history lesson. I have not been to the Dells for years but I remember how beautiful it is.

The colors are just beautiful. A gorgeous view. What a great story!

The Indian face stands out nicely in this shot,

The profile is captured superbly Steven !! I love the greenish color associated, and throughout !! Fantastic !!!

That is another terrific shot of that beautiful rock.