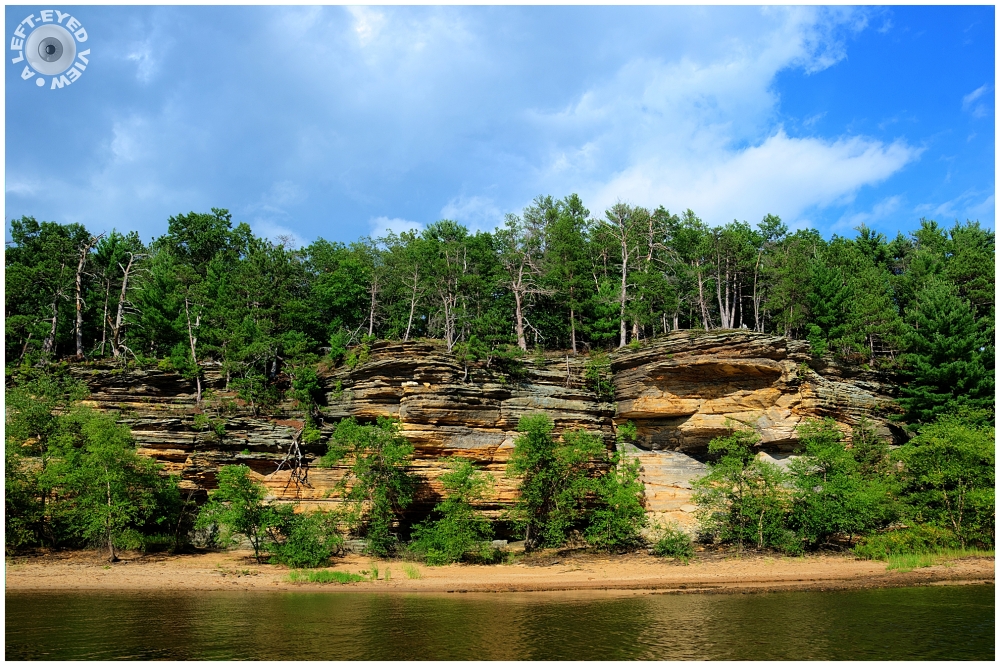 Posted by Steven (Chicagoland, United States) on 3 September 2015 in Landscape & Rural and Portfolio.

The rocky bluffs of the Wisconsin Dells are among the oldest exposed bedrock on earth, forming more than 500 million years ago, early in the Cambrian period. This particular kind of sandstone is also found in Potsdam, Germany and Potsdam, New York as well as in Zurich, Switzerland. The cliffs are remnants of ancient sand dunes, part of a desert that once covered the entire continent.

Superb, so much information which I thank you for, we are but a lost speck in time !~

Fascinating geology and love the way you capture this detail from across the water.

Thanks for sharing. Great view.

My fave shot of the series, and a real beautiful vista!!

This picture is a fine example. The description of what we're seeing is excellent.

Beautiful image. Amazing formations. Thanks for the explanation.

It's truly amazing to learn the age of these formations. Their beauty is a bonus.

The earthy tones are lovely.

That is my favourite so far.

That certainly is an awesome capture.... beautiful colors and the rocky bluffs are so cool!

It is amazing to think how old these rocks are. I love the layers. A gorgeous image!

A very superb composition Steven !! I live close to Potsdam, New York and love the sandstone architecture in that area !! Excellent post with very interesting details !!

Very interesting, I should go and visit!

Nice capture of it. Perfect day to photo.