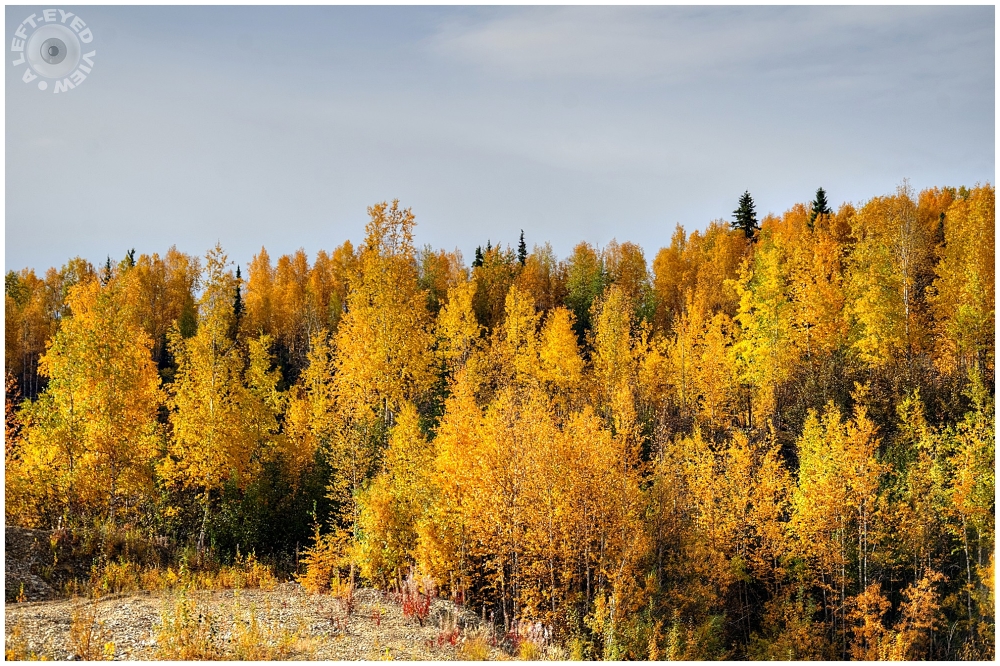 Posted by Steven (Chicagoland, United States) on 7 October 2015 in Landscape & Rural and Portfolio.

What took me by surprise when visiting Fairbanks, Alaska in early September was to see that Autumn had already arrived. We were told that Autumn only lasts for two to three weeks in comparison to the rest of the United States. When seeing Fairbanks in the Autumn, there are only two colors that a person sees: gold and green. The golden yellow color comes from the predominant Quaking Aspen tree and green comes from the many varieties of evergreen trees in Fairbanks.

Many tourists, including myself, thought that Fairbanks got its nickname from the gold rush of the early 1900's. But many natives say it's because of the trees.

Wow, how nice the view is !

That is a radiant and beautiful image.

A fine capture of these beautiful autumn colors. The description adds to the interest of the post. Well done.

According to his explanation You are lucky to find this scene. Fabulous colors. I like the nickname theory too.

Magnificent - the glory of this color is stunning

Fantastic colors in this lovely image. A real gold rush.

I cannot imagine an autumn being so short. Jumping from summer right into winter! This is just gorgeous. The color of the trees are really beautiful. Sound like it was a wonderful trip!

That is a gorgeous shot of golden colours.

Beautiful ... we were there in June (1999) for our 40th anniversary. At midnight during Summer Solstice we took photos without the need for a flash.