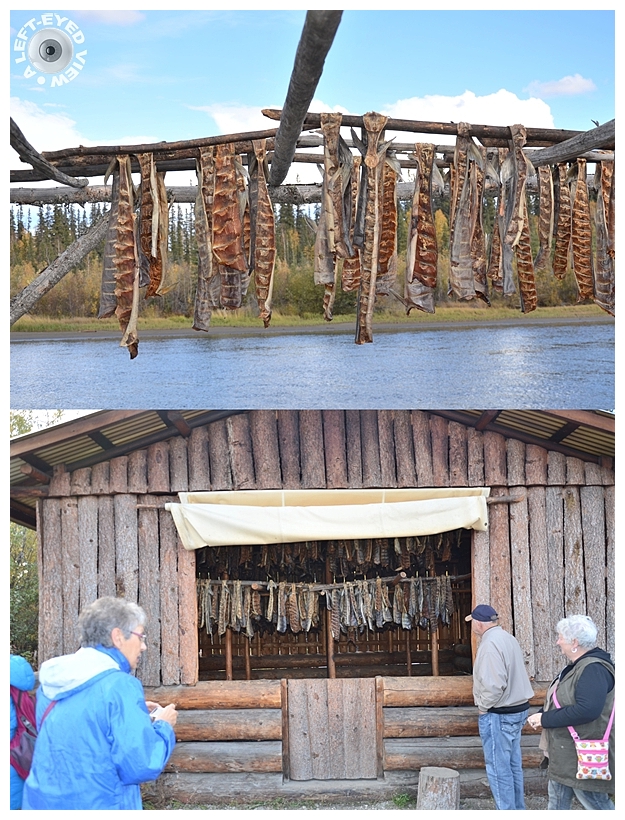 Posted by Steven (Chicagoland, United States) on 20 October 2015 in Lifestyle & Culture and Portfolio.

Air drying racks (above) were used to hang the salmon until it was ready to be put in the smokehouse (below) where the salmon would be fully dehydrated over a constantly burning fire. Dogs at the fish camps made an effective alarm system against bears and other predators. Small cabin on stilts is a cache, which was used to keep food and supplies up off the ground and away from animals.

Having a lightweight, nutritious and abundant food source allowed families to keep teams of up to 20 dogs, which would be used to work trap lines in the winter. Each dog would eat one dehydrated salmon per day. While the Athabascans would usually save the more numerous and lower quality Chum salmon for the dogs, they took great pride in the rich and oily King and Silver salmon they prepared for themselves. Each family had their own recipes, traditions and techniques for preserving salmon. The style of cut, brine ingredients, wood sources used for smoking and time spent in the smokehouse varied from village to village and from family to family.

Magnificent documentary shots and fascinating details with your information.

A fine picture showing this procedure. Salmon friends of mine seem to prefer smoked salmon.

A very interesting documentary composition and excellent information ... Thanks for sharing !!!

Interesting documentary images of this process.

Beautiful fish and tasty, too.

Very good images with excellent clarity. A tasty source of proteins and fat for the long winter.

It looks like are they are getting well stocked for the winter. The information is just so interesting. I am so glad that you are sharing this with us.

Very nice. The write-up is really interesting. Do they dip net there?

@Michael Rawluk: They utilized fish wheels, which were constructed out of spruce logs and poles and were powered entirely by the current of the river. The wheel would normally be placed along bank where the salmon would run strong. They were such an effective fish-catching device that one wheel could catch hundreds of salmon in a single day.