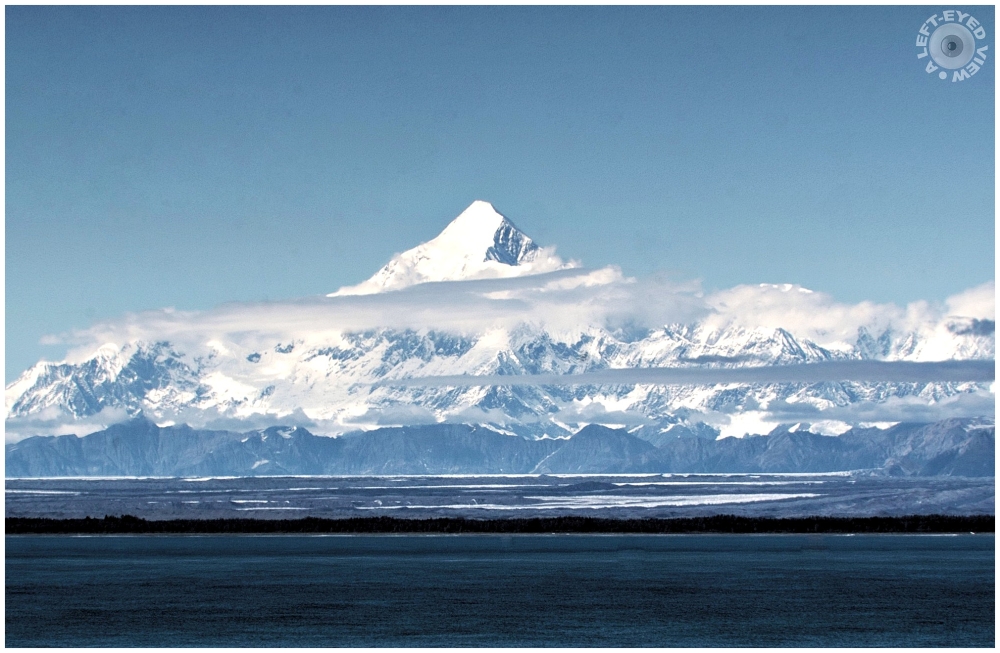 Posted by Steven (Chicagoland, United States) on 24 November 2015 in Landscape & Rural and Portfolio.

This view of Mount Saint Elias is from Yakutat Bay in Alaska.

I'll be taking a break until after the Thanksgiving holiday. See you on Monday, November 30th.

Truly majestic! Spectacular shot and interesting how the mountain spreads across the border.

That mountain is beautiful but forbidding. A lovely image.

The mountains in the foreground really emphasize how big that mountain is....beautiful shot].

A breathtaking shot of this majestic peak! Such a sight.

A gorgeous image! Such a magnificent mountain. I love the clouds around it. A beautiful composition!

Beautiful tones. I like how the low cloud softens the rock face.

Majestic capture of the mountain and it looks superb through the layers of clouds!

Have a great holiday, Steven, this looks like a beautiful mirage !

Wow. What a wonderful view of this mountain. Excellent composition. And interesting information. Lovely. :)

a classic mountain and a classic capture of it