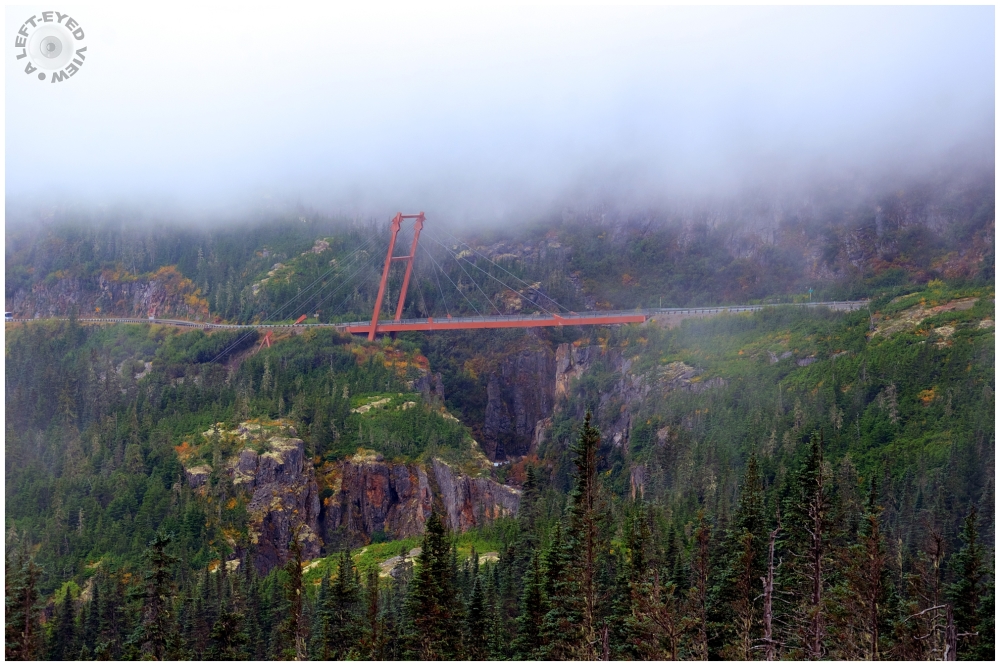 Posted by Steven (Chicagoland, United States) on 13 January 2016 in Landscape & Rural and Portfolio.

White Pass is a mountain pass through the Boundary Ranges of the Coast Mountains on the border of the State of Alaska and the province of British Columbia, Canada. It leads from Skagway, Alaska to the chain of lakes at the headwaters of the Yukon River, Crater Lake, Lake Lindeman and Bennett Lake.

The White Pass Trail was one of the two main passes used by prospectors during the Klondike Gold Rush. The White Pass and Yukon Route narrow gauge railroad was built through White Pass.

Impressive bridge in the mountains

an unexpected piece of heavy engineering in a pristine environment!

The mixing of atmosphere with the spectacular landscape has created a wonderful image.

Like it is falling down, superb with the fog !

That is a different type of bridge.... and that is quite the drop below.... the landscape is gorgeous with all the trees and rocks! Love the fog too, beautiful!

The fog gives the overall view somewhat mysterious. I like the strong expressive colors in the overall view. It's nice to see .... Thanks for the interesting information .....

That's quite an impressive bridge to be spanning a creek. But, that's quite a gap to bridge on this important route. Love the rugged terrain and the history you've presented.

That is a terrific shot and a very nice piece of history to go with it.

A spectacular image! Such a gorgeous view. That bridge is so high. I like the fog. Wonderful narrative and very interesting information.

The cloud/fog in the air helps draw attention to the modern bridge and ups the beauty of the rugged surrounding scenery.

I like the colors and textures in this scene. The bridge makes a nice focal point and provides a sense of scale.