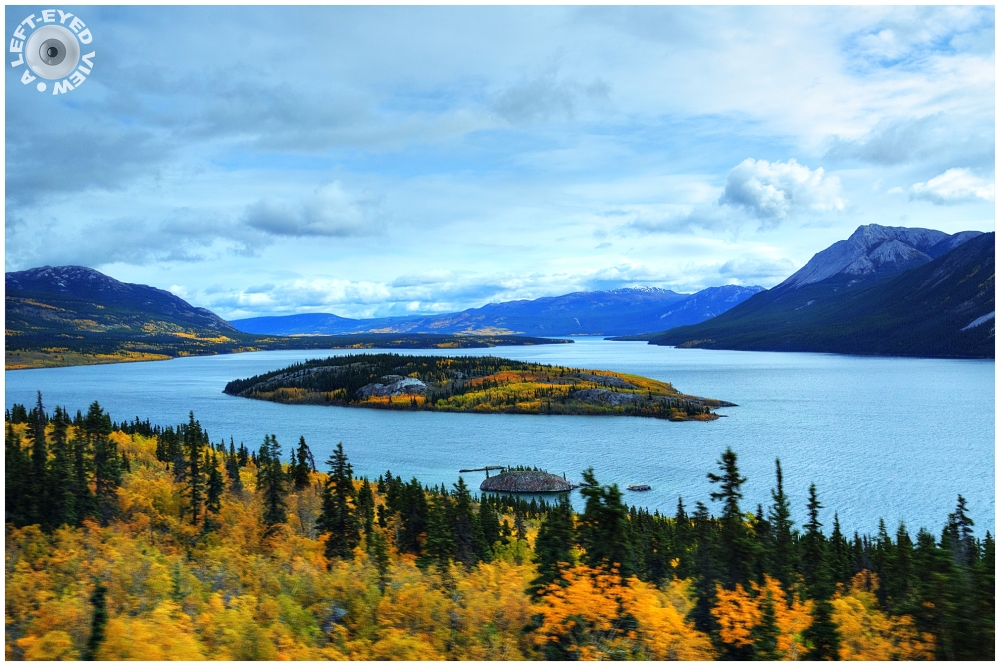 Posted by Steven (Chicagoland, United States) on 18 January 2016 in Landscape & Rural and Portfolio.

Tagish Lake is a lake in Yukon and northern British Columbia, Canada. The lake is more than 62 miles long and about 1.2 miles wide. It has two arms, the Taku Arm in the east which is very long and mostly in British Columbia and Windy Arm in the west, mostly in Yukon. The Klondike Highway, from which this photo was taken, runs along Windy Arm south of Carcross. Bennett Lake flows into Tagish Lake, so the northern portion of Tagish Lake was part of the route to the Klondike used by gold-seekers during the Klondike Gold Rush.

Beautiful scenery and contrasts of colors.

A beautiful and spectacular view!

A beautiful time of year to visit Tagish Lake... I imagine it was a busy place during the klondike days! Gorgeous fall colors.... excellent!

The blues are so dynamic - gorgeous image

A gorgeous lake and leaves. I love the blue of the water.

A gorgeous view with the color from the trees. That is a huge lake! The landscape is just stunning!

Wonderful landscape with such gorgeous colors!

a place of harmony and peace ... the rich colors incl. Details come excellently expressed .... well done ... I like it ... thanks for the interesting information ...

That is beautiful. Gorgeous autumn colours.