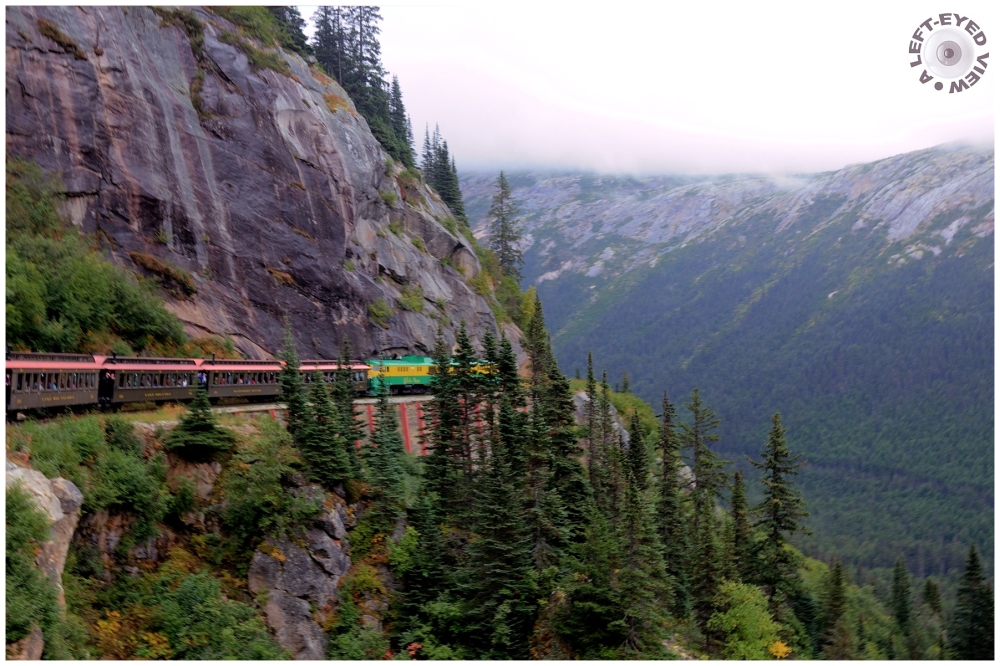 Posted by Steven (Chicagoland, United States) on 21 January 2016 in Landscape & Rural and Portfolio.

The White Pass and Yukon Route is a Canadian and U.S. Class II three-foot narrow gauge railroad linking the port of Skagway, Alaska, with Whitehorse, the capital of Yukon. An isolated system, it has no direct connection to any other railroad. Equipment, freight and passengers are ferried by ship through the Port of Skagway, and via road through a few of the stops along its route.

The railroad began construction in 1898 during the Klondike Gold Rush as a means of reaching the goldfields. With its completion in 1900, it became the primary route to the interior of the Yukon, supplanting the Chilkoot Trail and other routes. The route continued operation until 1982, and in 1988 was partially revived as a heritage railway.

Wonderful and spectacular view and very interesting note about this glorious and famous railroad!
Thank you very much for sharing. Have a nice day.

That must have sure been an ambitious railroad route to plan for !

A marvelous capture with a very beautiful view

excellent image that gives a good and revealing overlook over the dramatic scenery and the track. i suppose you took this photo from one of the rear railroad cars ?!?

@franz: Yes. And by the time the rear car got to where you see the green engine car, the people got very quiet and motionless as if to fear any movement would cause the car to derail and fall down the cliff.

This looks to be a fabulous, scenic route. I like how the railroad hugs the mountain.

Superb landscape with the train.:-)

Beautiful view that we must have along the way,!!

Gotta love the depth and the colours and from your vantage point you must
have had to wait a while for this spectacular photo. There does not appear
to be windows on that train, as if some are standing between cars !!

@Phil Morris: There were windows but a lot of glare to contend with. I was standing outside between the cars myself. The disappointing result of riding the train is that close to 75% of my photos while on the train were all blurry due to too much jagged movement of the train.

what a beautiful
just nice

the train revives the overall view here ... I like the view and the bright colors ... very nice to look at ... Thank you for the interesting information ...

A superb view of that train against the mountainside.... an impressive capture!

Wonderful scenic. The bright stripe of the train looks like an arrow shooting into the mountain gap.

A gorgeous image! The view must be just spectacular from the train. This landscape is just beautiful. Very interesting information.

Looks like a precarious route for the train, dangerous and beautiful at the same time.

That is another superb image. It looks like you had a great time in the north.

What a beautiful and rugged route this train follows. Excellent image.

Not easy to shoot in this pace

I remember my trip on the The White Pass and Yukon Route. The scenery was awesome.

I've been there; I recognized it right away!

I've always wanted to go there. This is an amazing shot and I can only imagine what it must have been like to look at that !

Wonderful. The train looks like its in real danger.

Wonderful mountain view and a great capture of this railroad. Love this. :)

A fabulous image! Gorgeous landscape. The train looks really crowded. I am sure that it is very popular.

Stunning scenery !!! Wonderful capture, the speed of the train (though I don't know if that would be too much there) against this amazing landscape.