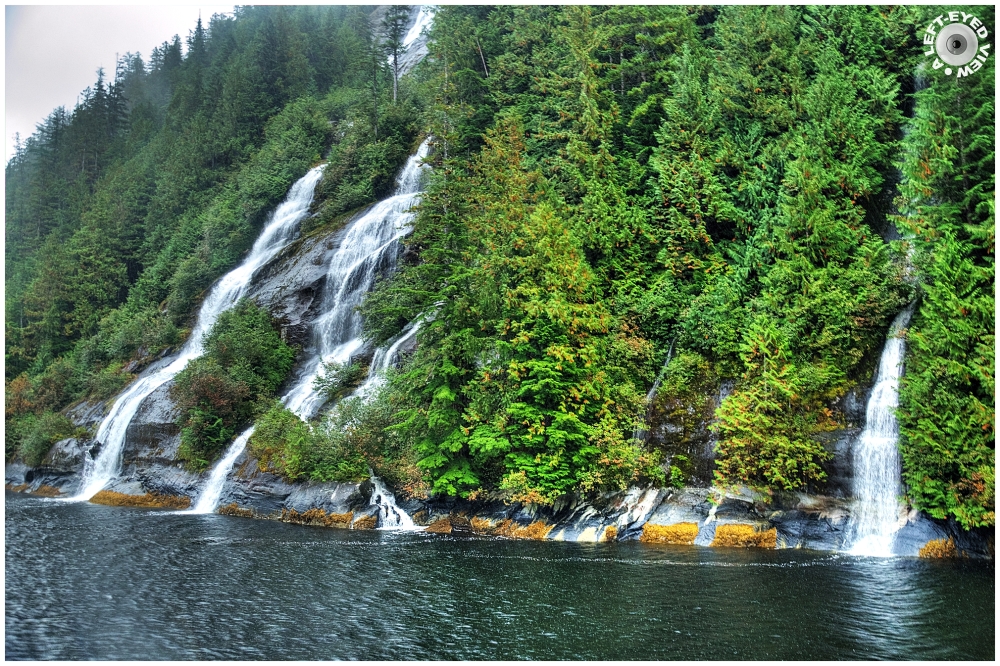 Posted by Steven (Chicagoland, United States) on 5 April 2016 in Landscape & Rural and Portfolio.

John Muir compared the Misty Fjords with Yosemite Valley for its similar geology and glacial morphology. Light-colored granite, about 50 to 70 million years old (Eocene Epoch to Cretaceous Period) has been sculpted by glaciers that gouged deep U-shaped troughs throughout the monument. Many of the glacial valleys are filled with seawater and are called "canals", but they are not man-made in any way; the walls of these valleys are near-vertical and often rise 2,000 to 3,000 feet above sea level, and drop 1,000 feet below it.

Across from the Salmon River and Portland Canal and the settlement of Hyder, Alaska, small glaciers occupy high areas of the northeast part of the monument. Soule and Through Glaciers cover high plateaus and valleys in the Lincoln and Seward Mountains, where one peak rises to 6,250 feet above sea level. Most mountain tops in the monument are in the 4,000 to 5,000 foot elevation range. Tree line is usually around 2,700 feet.

It was a very rainy start to this excursion which had us worried as to what we would see (and not see). The tour guide told us had it not been raining, we wouldn't have seen the waterfalls that we did see. Whether or not that is true, I cannot confirm.

Very beautiful. I am a waterfall fan !

A gorgeous capture of this spectacular fall of water.

GOrgeous color and point of view.

exquisite capture of the amazing beauty of untamed nature, and very informative and easy-to-follow information!

That really is some view, stunning

This is a wonderful shot, nicely composed, with great narrative.

A gorgeous image! These waterfalls are just spectacular! A beautiful image!

Another excellent shot. A true beauty.

Giant waterfall that is an intense vegetation

waterfalls and such by Franz