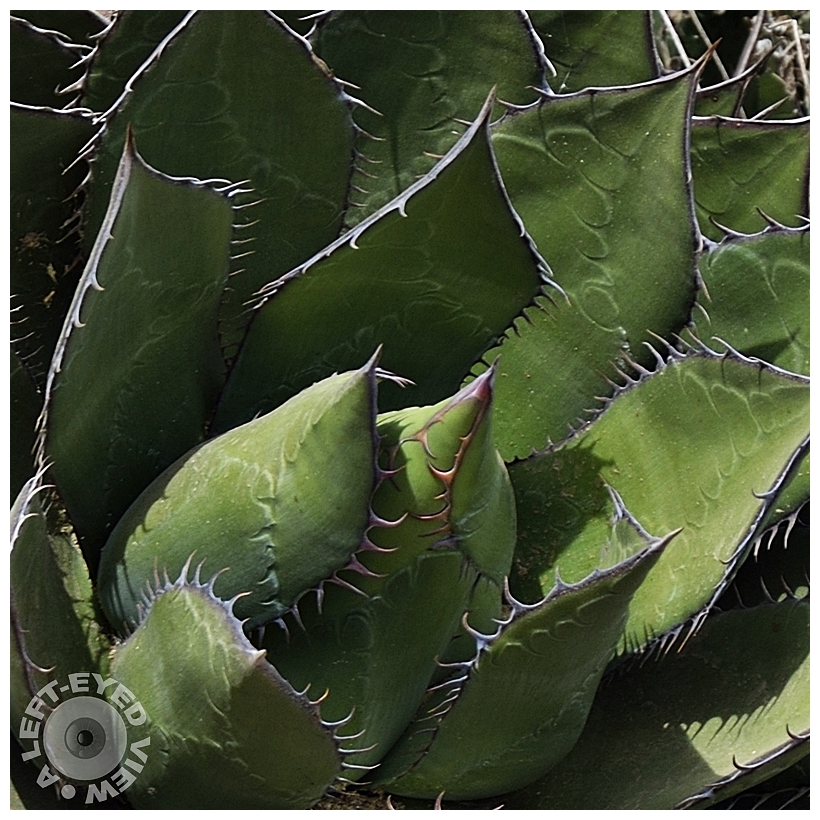 Posted by Steven (Chicagoland, United States) on 20 April 2016 in Plant & Nature and Portfolio.

Another species of agave spotted on Coronado Island. This species has even more ferocious-looking teeth and terminal spines. My hunch about the indentations from Monday's agave plant was confirmed when seeing the same indentations on this agave plant.

The patterns of the teeth on the leaves is really interesting. Very well done Steven.

So much is revealed by just taking a closer look . .

It's dangerous to get too. Excellent shot

I adore the sharp details (LOL)

That really does look vicious. I'm glad they can't move. ;-)

I like the backlight that gives some of the edges a glow.

This is a gorgeous image. The detail is just so clean and crisp. Beautiful color!