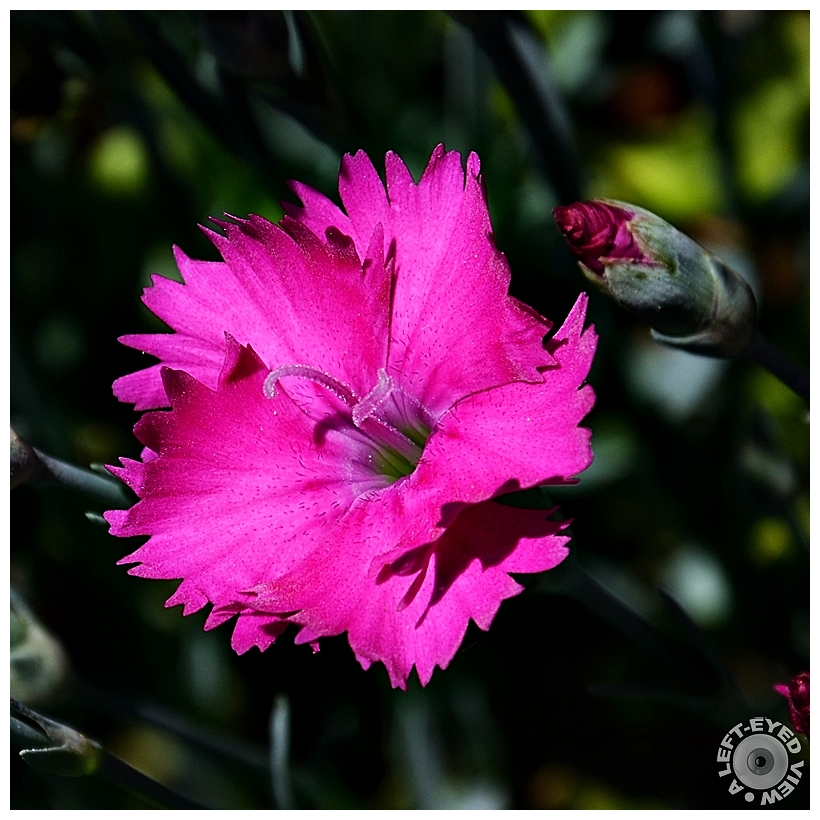 Posted by Steven (Chicagoland, United States) on 30 May 2016 in Plant & Nature and Portfolio.

Photo of a Dianthus plumarius flower. The name Dianthus is from the Greek words Διός Dios ("of Zeus") and ἀνθός anthos ("flower"), and was cited by the Greek botanist Theophrastus. The color pink may be named after the flower, coming from the frilled edge of the flowers: the verb "to pink" dates from the 14th century and means "to decorate with a perforated or punched pattern". As is also demonstrated by the name of "pinking shears", special scissors for cloth that create a zigzag or decorative edge that discourages fraying.

A perfect example of the intensity of purpose we see in Nature.

The zigzag edge is unique - lovely vivid capture as well.

An absolute delight! Beautiful capture of this excellent blossom.

The color is vibrant as are the details. Lovely close view

One of my favorite flowers. This is an especially stunning image. Gorgeous color and wonderful detail!

That is a gorgeous bloom.

Those colors really pop off my screen. Lovely.