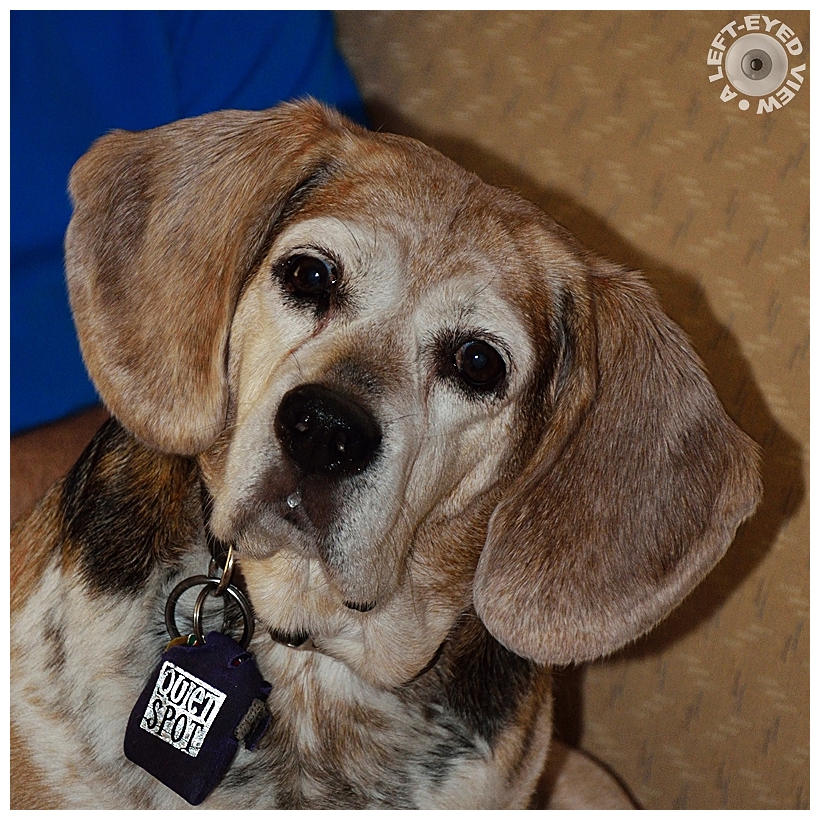 Posted by Steven (Chicagoland, United States) on 21 July 2016 in Animal & Insect and Portfolio.

Pictured here is Wilma, my in-laws' beagle-basset mix. She is a rescue and an adorable doll.

I had a very hard time choosing between this photo or two other versions of this same photo which were done with 1) selective coloring and 2) black and white. I thought the blue shirt was distracting, so I tried selective coloring to remove the blue, but blue halos outlined Wilma. When I tried a black and white conversion of this photo, it seemed like too much detail was lost and her whiskers were lost.

How lovely the eyes are !

She is a beauty

This portrait is excellent. I like the colors and the detail is very good. A sucessdful image.

A super shot of this beautiful girl.

OH how precious! SHe has sweet eyes

That is a nice portrait.

She has such a sweet face! A beautiful little dog. I think it looks wonderful!

Beautiful dog! Looks like she is a wonderful companion.

Excellent portrait. Wonderful capture of her expression. So sweet. Love this. :)

Lovely.Beautiful portrait of this Queen.
:-)

She is beautiful. I'm so glad she was rescued :)