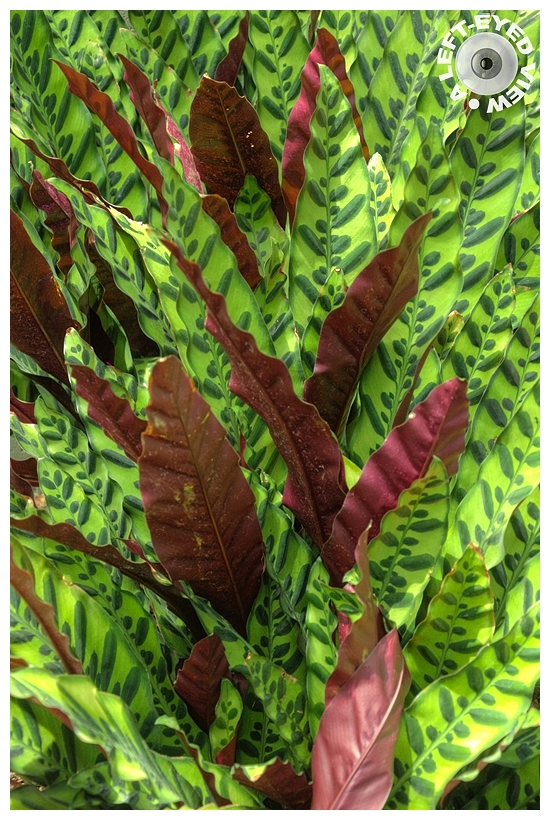 Posted by Steven (Chicagoland, United States) on 15 August 2016 in Plant & Nature and Portfolio.

Calathea is a genus of plants belonging to the family Marantaceae. There are several dozen species in this genus. Native to the tropical Americas, many of the species are popular as pot plants due to their decorative leaves and, in some species, colorful inflorescences. They are commonly called calatheas or (like their relatives) prayer plants.

Calathea foliage is of importance to some herbivores, such as the caterpillars of the Purple Owl (Caligo beltrao) which feed on Calathea. Due to habitat destruction, several species are threatened with extinction.

Magnificent and beautiful plant and I like your framing and presentation as well.

A beautiful image of this remarkable plant. I enjoy the markings on the leaves.

I like the contrasting colors and the lovely shapes

This is a real nice image. The color is superb.

an interesting combination of leaves