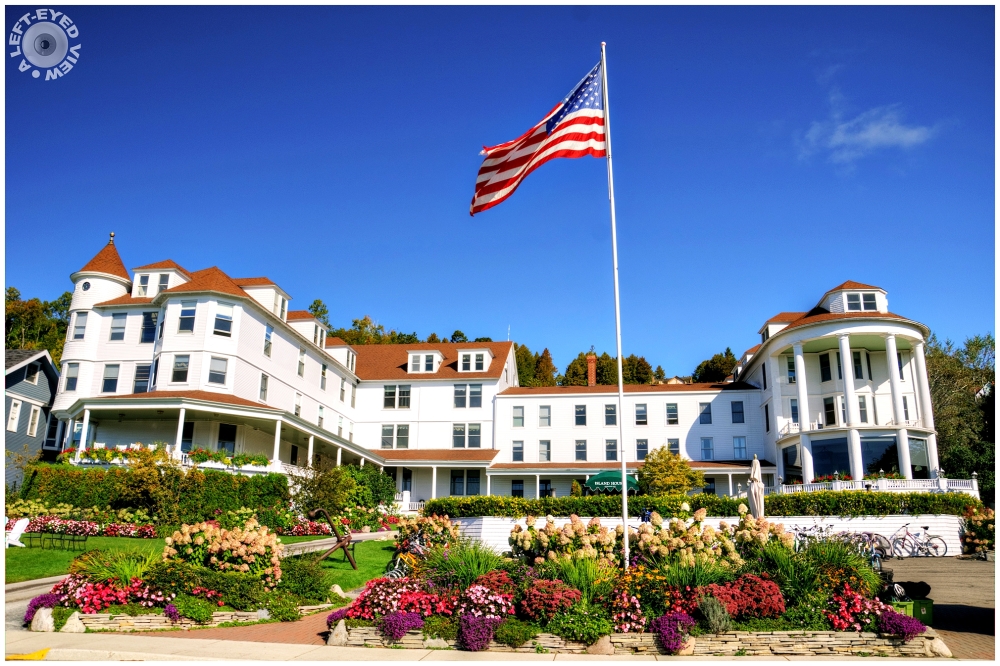 Posted by Steven (Chicagoland, United States) on 1 December 2016 in Lifestyle & Culture and Portfolio.

In the century-and-a-half since Charles O′Malley built his beach resort, more than one million visitors have experienced its pleasures. The Island House Hotel was purchased by Captain Henry Van Allen, a Great Lakes skipper who moved the property approximately 300 feet offshore to its present location.

By the 1880s, Mackinac Island was known as America's most popular summer destination and The Island House was hailed as the island's best family hotel. The Allen family owned, operated and expanded the landmark hotel until it was vacated in 1938. Aside from a brief period when it served as home to the Moral Rearmament Movement, the hotel stood vacant until 1949 when investors known as The Island House Incorporated hoped to restore the property's former glory. Despite repeated attempts, the hotel did not thrive until it was acquired by a prominent local family more than 20 years later.

After a painstaking restoration, Island House Hotel reopened in 1972 and has since undergone major improvements and enhancements that have returned the hotel to its rightful place as Mackinac Island′s family hotel.

This makes a very uplifting image for some reason . . love that clean light.

beautiful...how stylish and elegant it looks !

From the look of it we have moved next door here. I hope they make for quiet neighbours :) Another nice architectural shot

A crisp photographic testament to stately architecture and history. You are always a superb tour guid!

I like the flowers at the base of the picture of the hotel. A fine looking building.

Superb photo of the Hotel !

Excellent capture of this beautiful hotel. Lovely colours and light. :)

Splendid composition with such rich colors.

THis point of view is spectacular. Shows off the architecture as well as the lovely clor

A lovely shot of that gorgeous building.

I stayed there two years ago. They gave me a tiny room on the top floor with a sloping ceiling that followed the roof line. I had to bend over to walk around the foot of the bed to go to sleep. But it still had more charm than the typical roadside motel.

Beautiful colors and light. With so many colors, i would say that the photo was taken in the spring and not in october.
The presence of the flag gave a special touch to the photo/composition.

It's certainly large and impressive. It's even beautiful in it's own way. I like the expansive porch.