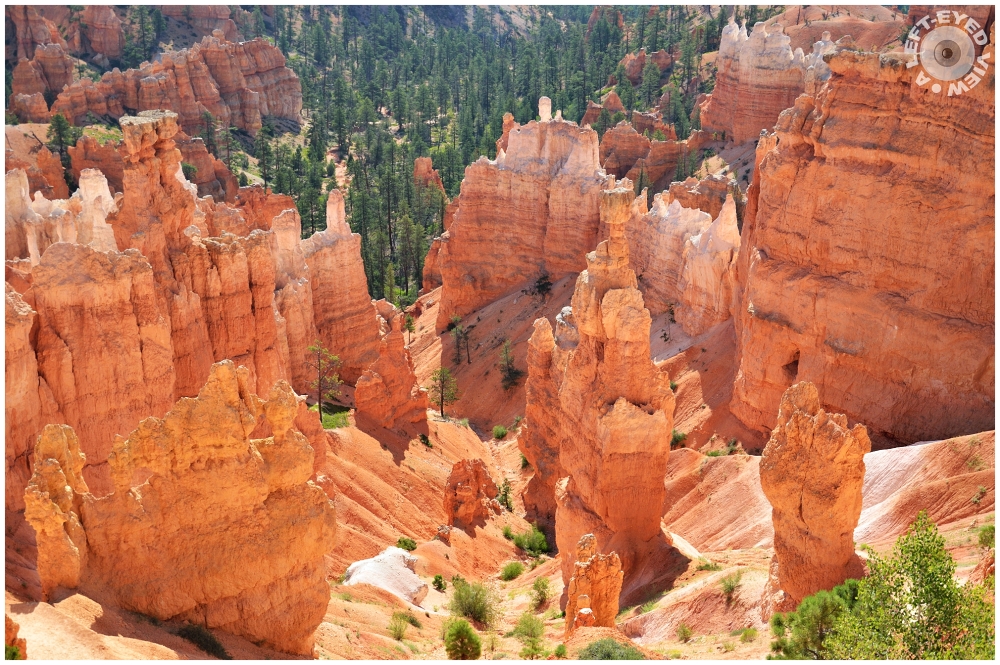 Posted by Steven (Chicagoland, United States) on 13 December 2016 in Landscape & Rural and Portfolio.

Thor's Hammer, seen at right center, is a spectacular example of a hoodoo, which is sometimes referred to as a tent rock or fairy chimney. They form because of erosion processes and may be found in badland areas whenever relatively hard rock overlays softer more erodible rock, such as sandstone. Here the sandstone is from the Claron Formation.The harder more resistant caprock protects the softer underlying layers from frost, wind, rain, freezing and thawing so that the rate of erosion is slower than elsewhere.

Always so surprising this landscape

The passage of time is shown rarely, but you have been lucky enough to
have caught up with it, superb photo !~

spectacular place. Thanks for the info too.

Beautiful! I love the hoodoos.

Planet Earth is awesome, as proven once again with your excellent photo. You can't beat that POV.

A dynamic view down into the colorful canyon. Excellent picture.

SUch an amazing and magnificent landscape.

I think I can see it slightly off the center at the right. Beautiful colors and impressive view.

A particularly striking landscape. Watching him takes my breath away...

Terrific image and point of view!!!
:)

That is so beautiful.

Something that is to admire while it exists. In nature nothing is eternal.
Beautiful colours and view.