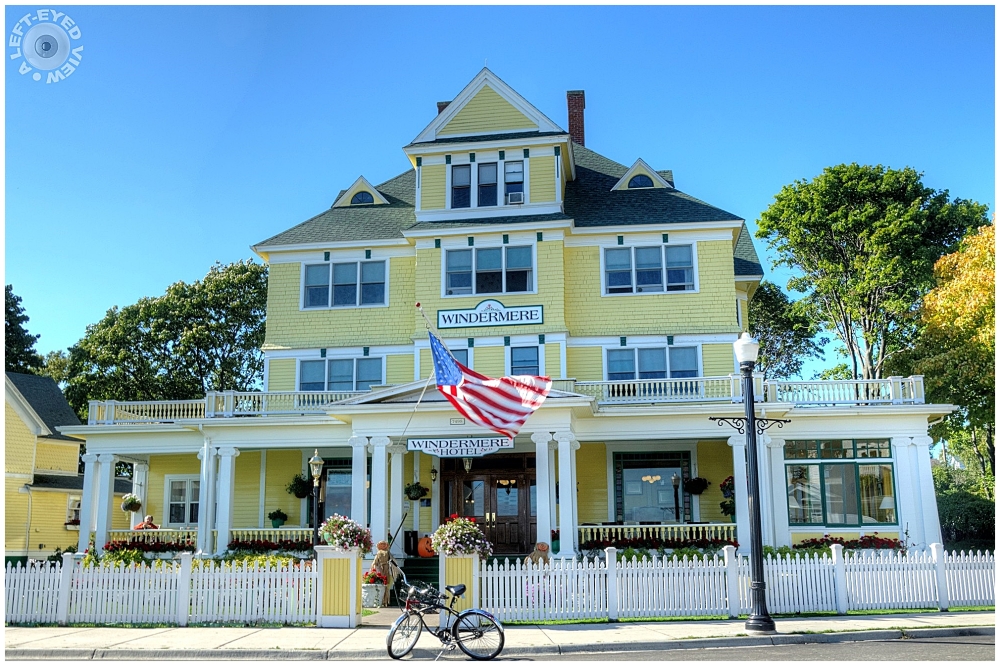 Posted by Steven (Chicagoland, United States) on 12 January 2017 in Architecture and Portfolio.

The Windermere Hotel was designed by Richard Rickman of Peoria, Illinois and built in 1887 by bankers Charles and Clifford Anthony. Originally a summer cottage for the Anthony family, the building featured a tower typical of lakeside residences.

Patrick Doud purchased the cottage in 1904 and converted it to a resort hotel. Doud, an island contractor, also built the Governor's Summer Residence and Stonecliffe. When he added a third floor to the Windermere Hotel, the tower was removed and a sunroom added. The hotel was owned and run for many years by Jeannette Doud (Mrs. Robert Doud) and her daughter, Margaret Doud. Sadly, Jeannette passed away in 2015. Margaret continues to manage the hotel.

I really enjoy the story behind so many of your images . . it adds a lot.

This hotel looks like a welcoming place. Good photo and explanation.

Stunning house and beautiful architecture on this historic building ! Interesting note too.
Have a nice day Steven.

A superb building. Very interesting information on this house Steve.

Thank you for the history...and lovely building !!!!

That is a fine looking Hotel.... and I like the white picket fence too! It looks very bright and cheery! Beautiful!

An impressive building with an interesting history. A fine post.

A beautiful hotel that seems suitably grand for the area. Here, again, I like that huge porch.

Interesting story about this lovely hotel. I would enjoy a stay there.

Beautiful image of the Windermere Hotel. And an interesting history. :)

That is a beautiful building. (I have never understood the USA people's fascination with flags.)

with a bicycle in front - how Mackinac. Nice shot.

Another fine hotel I wouldn't mind staying at ... ;-)
I like the inclusion of the bicycle into the photo.

It's starting to be difficult to choose which hotel I'm staying in.
:-)

A beautiful building and a very interesting story ...

Great image you took of this hotel. Too bad about the tower which was not the conventional
tower one would expect, just another loss. Good to hear the history and the passing of the
torch !~