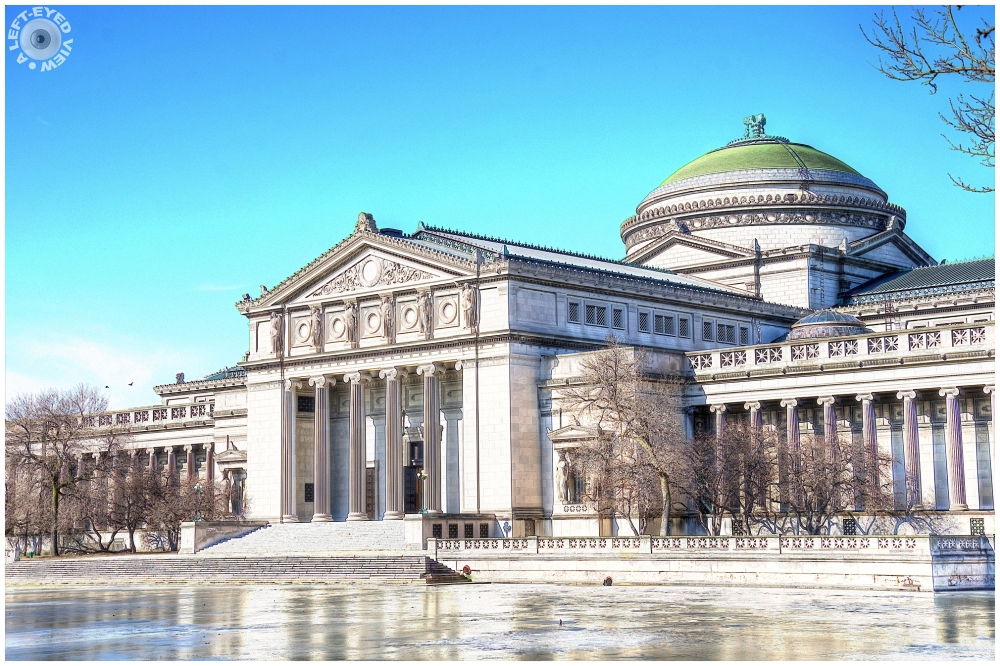 Museum of Science and Industry

Posted by Steven (Chicagoland, United States) on 14 February 2017 in Architecture and Portfolio.

The Museum of Science and Industry (MSI) is located in Jackson Park, in the Hyde Park neighborhood of Chicago between Lake Michigan and The University of Chicago. It is housed in the former Palace of Fine Arts from the 1893 World's Columbian Exposition. Initially endowed by Julius Rosenwald, the Sears, Roebuck and Company president and philanthropist, it was supported by the Commercial Club of Chicago and opened in 1933 during the Century of Progress Exposition.

Among the museum's exhibits are a full-size replica coal mine, German submarine U-505 captured during World War II, a 3,500 square-foot model railroad, the first diesel-powered streamlined stainless-steel passenger train (Pioneer Zephyr), and the Apollo 8 spacecraft that carried the first humans to orbit Earth's moon.

A beautiful image of the building. Sounds like some great exhibits within.

It seems very interesting museum. It offers a good chance to learn something from the past. This is important, because it can not luodfa new, unless the sense of the past.

beautiful color and perspective. Your treatment makes it look more real than the real thing.

Gorgeous shot with amazing detail. You know I love Chicago!

A strikingly beautiful and harmonious building, whose fine details are enhanced by your processing!

A fine picture of this impressive looking museum of science and industry. What is inside is an excellent collection of exhibits.

A very commanding building. I thought it was a state capitol. Beautifully presented. Happy Valentine's Day

It is a building of classic and timeless architecture and therefore, always beautiful.
I liked the treatment you gave the photo. It's almost a drawing.

Ups! It is magnificient Steven... !

Very beautiful framing of the Museum. I used to go regularly to the Imax there. I could go walking from home. Brings me memories.

Your processing makes it cold and warm at the same time, superb !

Magnificent architecture... and it's a grand size too! It must be beautiful inside!

A beautiful building ... the architectural details are wonderful !!! Fabulous shot ...

Now that is a gorgeous building.

The architecture is spectacular. This is such a stately building. I love the columns. I am totally impressed regarding some of the exhibits in the museum. I would love to go there.

A beautiful building, among so many in Chicago, wonderfully processed and presented.