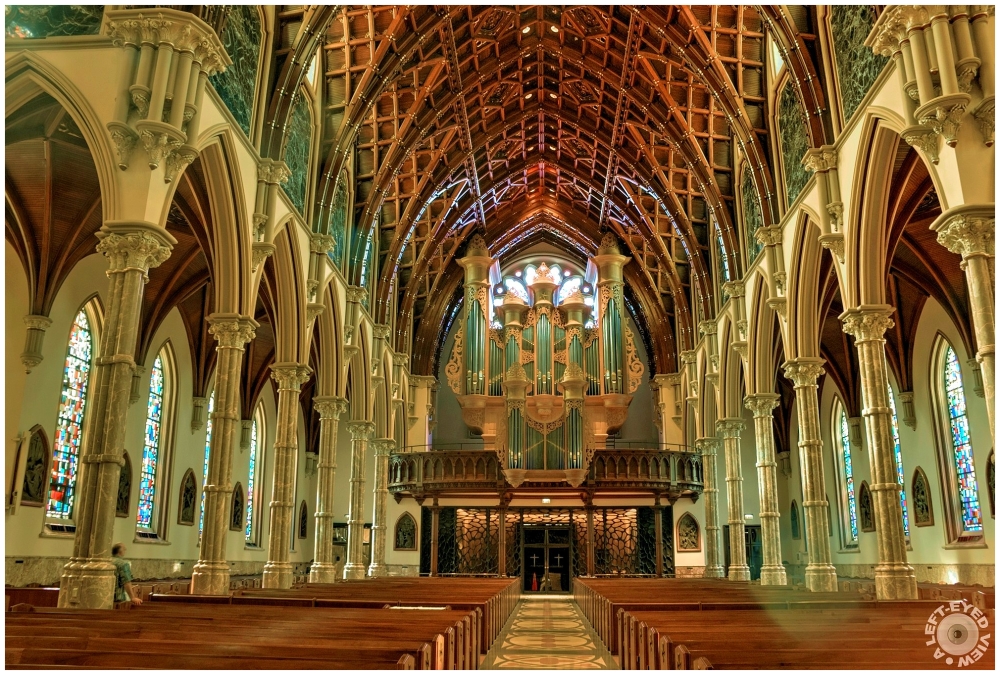 Posted by Steven (Chicagoland, United States) on 23 February 2017 in Architecture and Portfolio.

From the Archives... Another photo I overlooked when I felt I was posting too many interior shots of Holy Name Cathedral all within a few days back in 2010. Thankfully, it was not deleted.

"This magnificent instrument, with its vocality of tone and soaring beauty of its French Oak cases, is one of the most significant organs in the United States. It was handmade for the Cathedral in the workshops of Flentrop Orgelbouw in Zaandam, Holland, and installed in 1989. Comprised of 5,558 pipes in 71 stops over 4 keyboards and pedal, it is easily the largest mechanical action organ in the Chicago area. Its true grandeur, however, does not come from its size or appearance but from its wide spectrum of available sounds, which gracefully lead musical liturgy and lift the hearts of all who hear it."

very nice, though I think I prefer the earlier shot of this cathedral (Feb 16) for its tone and detail. Perhaps the perspective is slightly better there as well, though I can't tell from swapping back and forth on the screen.

And another great capture.
Thanks.

So breautiful !! Superb composition and colors .

Wonderful detailing within these walls, and beautifully captured by your lens.

What a magnificent interior . .

WOW! This is majestic and magnificent

Another fine picture of this spectacular interior. Very good shot.

The organ si magnificent and it goes very well with the Cathedral.

A gorgeous interior view with the grand organ as the focal point. It's interesting that it's a pretty new instrument.

That is so beautiful.

The organ is just magnificent. I can only imagine how beautiful it must sound. This cathedral is just gorgeous. So much beautiful craftsmanship and attention to detail.

colors popping out here in the beautiful church picture

Another excdllent view the other direction. A great looking cathedral.

This is a gorgeous rendering!