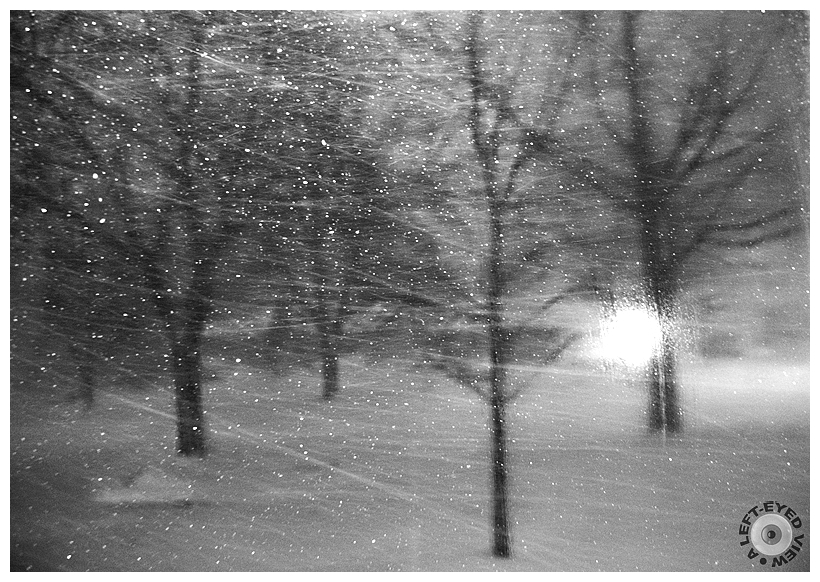 It was only the beginning

Posted by Steven (Chicagoland, United States) on 22 March 2017 in Plant & Nature and Portfolio.

After a winter season of only two inches of snow which had fallen in November of 2016, we were hoping that winter would go out like a lamb. That would not be the case.

A snowstorm from the west, coupled with lake-effect snow from the north pummeled Lake County shoreline communities with fourteen inches of snow.

As the title implies, this was only the beginning with lake-effect snow continuing in waves most of the day on March 14, 2017.

In the spring, weather can change drastically and unexpectedly.

This really does catch the moment well . . more to come, I imagine !

Brrrrrrrrrrr
I hope it's getting warmer soon.

We had very similar here in NJ. This is a fantastic view of the swirling snow.

Wow, I'm glad we don't get snow like that. Super shot of the storm.

A fabulous image. It looks so cold and dreary! I hope that it is warmed up and the snow has melted.

nice abstraction of the snowstorm

Great capture of the snow storm. A fine shot. :)

In my eyes and at a distance, even being a storm, it is beautiful.
The photo is excellent. The conversion to black and white, is simply perfect.

Fantastic capture of the ferocious snowstorm, and excellent once again in black-and-white!

Adrienne from Round Rock, United States