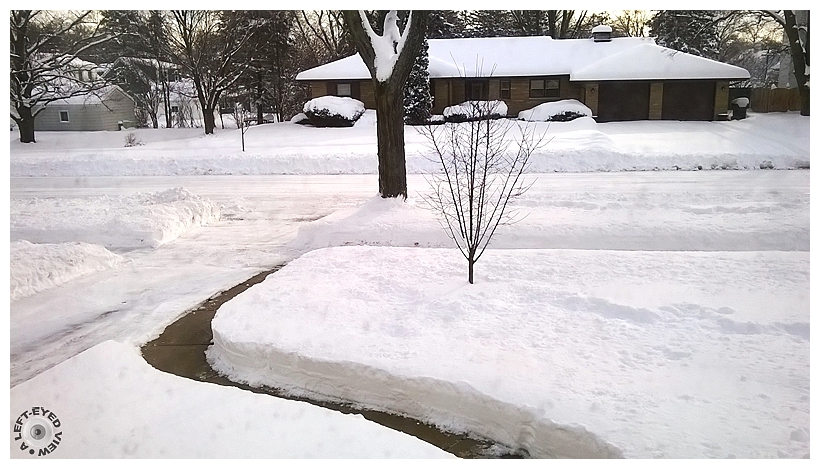 Posted by Steven (Chicagoland, United States) on 29 March 2017 in Plant & Nature and Portfolio.

View of the front yard buried in pristine white snow after the storm from the night before and this morning passed. The front yard was bare most of the winter season. This storm dumped the largest amount of snow received all winter. In November of 2016, we only received two inches. Here you see approximately 11 inches.

Thankfully, most of the snow has since disappeared. :-)

New clean and white of the snow is beautiful to watch if it is winter time. Now I want to see small kaniita kuukia and hear the birds singing.

Truly a winter wonderland, glad we see none of that snow now !

Nice to get if it doesn't hang around or if it's followed by crystal clear blue sky. We have had none this year, at least not when I have been around. I love the way it simplifies the landscape

Still a lot of snow.

We had much the same here in NJ. This last snow was extremely heavy because it also sleeted during the storm. We still have a few remaining piles of snow here. this is a lovely view.

The weather here was very unusual also. We had snow that covered the ground for over two months straight. That has never happened before in the time that I've been in this country.

This spring has started "crazy". It also snowed here a few days ago.

This is something I've never seen live, only in photographs. For me, it would be a nice opportunity to play like a kid. :-P

That's a hefty amout of snow! But to be honest, it makes everything look nice and clean and 'smaller' in some way. And when it melts, the mud is nothing to be happy about ... ;-)

I miss the snow already!
I am a winter person. :)

That is a lot of snow for the middle of March! I hope that it has all melted!

Such a neatly shoveled sidewalk.. It could be described as a "razor cut."

The world has been hit by crazy weather. I hate to think what things will be like for my grandkids.

As we say in Spain, the wolf doesn't eat the winter (sooner or later it will arrive, and when later, sometimes with a vengeance)