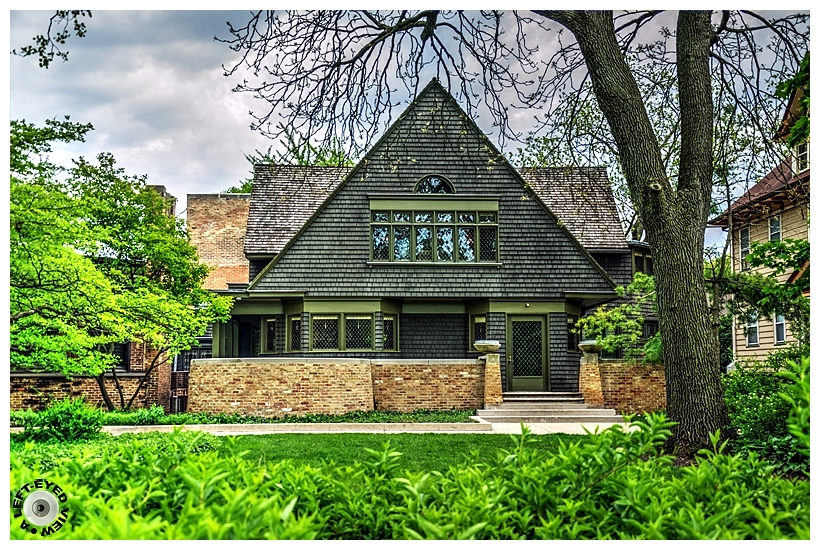 Posted by Steven (Chicagoland, United States) on 23 May 2017 in Architecture and Portfolio.

The Frank Lloyd Wright Home and Studio at 951 Chicago Avenue in Oak Park, Illinois, has been restored by the Frank Lloyd Wright Preservation Trust to its appearance in 1909, the last year Frank Lloyd Wright lived there with his family. Frank Lloyd Wright purchased the property and built the home in 1889 with a $5,000 loan from his employer, Louis Sullivan. He was 22 at the time, and newly-wed to Catherine Tobin. The Wrights raised six children in the home. The building was listed on the National Register of Historic Places in 1972 and declared a National Historic Landmark four years later.

Very nicely processed too. The house looks nothing like a 1889 build, it has such a modernistic look about it.

Excellent look at this house Steven. A wonderful design.5*

Nicely square on viewpoint makes for another excellent architectural shot

It's a historical landmark and is a beautiful building.

Beautiful image of the house .

I would love to visit here sometime. Lovely shot.

A beautiful picture of this building. I remember a story illustration for children...

LOVE the reflection in the upper window. Beautifully architecture and composition

Wow, a beautiful image of this lovely house. I'm so glad it has been preserved and restored.

Such a lovely house!
Is it open for the public to visit?

It was definitely a unique home during the time when it was built. I love it! Beautifully photographed. Beautiful color and wonderful detail!

Gorgeous. I think I saw that house in a documentary once.

Nicely shot with fine color and detail. I like the way you used the bare tree as a natural framing element.

what a beautiful home here ! And thank you for all the history :) The reflections on the glass window above looks good!