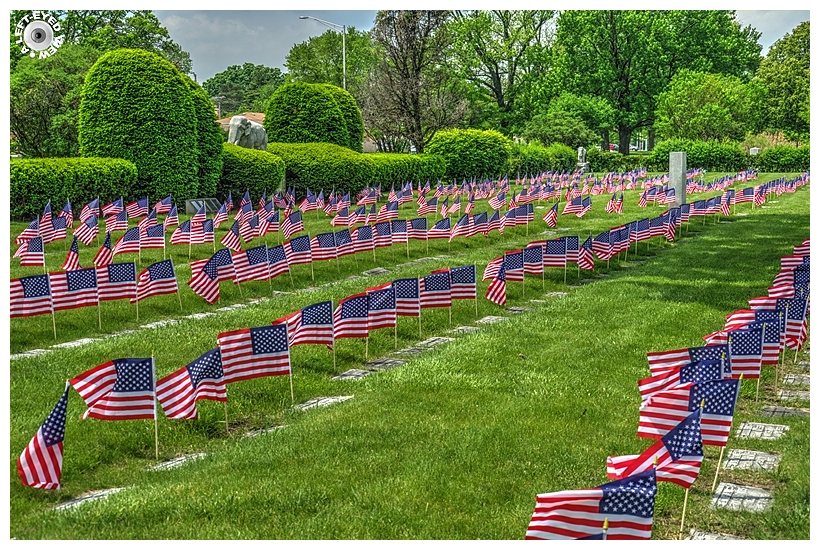 We Remember those Who Paid the Ultimate Sacrifice

Posted by Steven (Chicagoland, United States) on 29 May 2017 in Miscellaneous and Portfolio.

Memorial Day, originally called Decoration Day, is a day of remembrance for those who have died in service of the United States of America.

Memorial Day was borne out of the Civil War and a desire to honor our dead. It was officially proclaimed on May 5, 1868 by General John Logan, national commander of the Grand Army of the Republic. It is now observed in almost every state on the last Monday in May with Congressional passage of the National Holiday Act of 1971.

"Courage is contagious. When a brave man takes a stand, the spines of others are stiffened."
- Billy Graham

"It is foolish and wrong to mourn the men who died. Rather we should thank God that such men lived."
- George S. Patton Jr.

Indeed . . that mix both of sadness and pride.

We are here because of those who gave their lives for us, and we should never forget them.

Interesting bit of back story, but why May 5th? Didn't the civil war end on May 9th?

They are remembered and thanked.

A remarkable and beautiful tribute to those who died defending the nation.

Great tribute . When here in France I see American cemeteries I think of all these young people come of so far help us .

Wonderful tribute and explanation of this day.

That is nicely shot.

This is just beautiful with all of the flags. I really wanted to go to Arlington National Cemetery to see the flags placed at all the headstones this year but I am still not walking too well yet. My image was from last year when I visited there. A great narrative.

As Lilly said, mix both of sadness and pride
Beautiful mixture of colors and the flags pattern, created a beautiful effect.