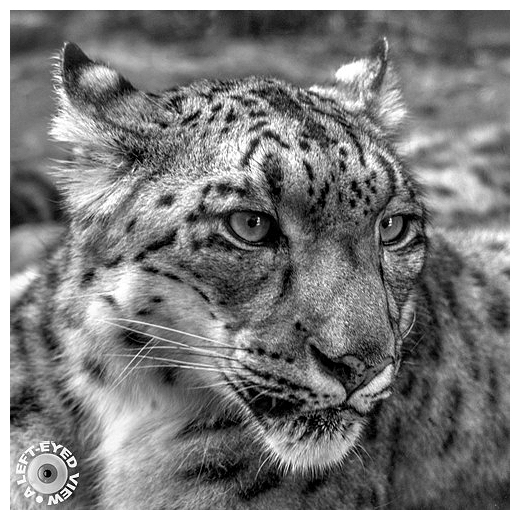 Posted by Steven (Chicagoland, United States) on 31 August 2017 in Animal & Insect and Portfolio.

Snow leopards have evolved to live in some of the harshest conditions on Earth. Their white-gray coat, spotted with large black rosettes, blends in perfectly with the steep and rocky mountains of Central Asia.

The snow leopard’s powerful build allows it to scale great steep slopes with ease. Its hind legs give the snow leopard the ability to leap six times the length of its body. A long tail provides balance and agility and also wraps around the resting snow leopard as protection from the cold.

For millennia, this magnificent cat was the king of the mountains. The mountains were rich with their prey such as blue sheep, Argali wild sheep, ibex, marmots, pikas and hares. Snow leopards are found in 12 countries—including China, Bhutan, Nepal, India, Pakistan, Afghanistan, Russia, and Mongolia - but their population is dropping. It is listed as endangered because, as of 2003, the size of the global wild population was estimated at 4,080 – 6,590 adults. Fewer than 2,500 snow leopards may be reproducing in the wild. As of 2016, estimates for the size of the global population vary from at least 4,080 to about 8,700 individuals.

Photo was processed in black and white because this was captured through a window which had a blue hue to it, which couldn't be compensated for.

Gorgeous animal. The picture is fine also because in its own way, it tells the sad truth that the snow leopard is amongst the endangered species.

superb B&W....yes blue would have looked unnatural!! Thank you for the info here :)

I have to say, that this is better in B/W. A superb portrait. 5*

What a beautiful animal! Stunning in B&W

A wonderful black and white cepture of this leopard's face. Very well done.

A gorgeous portrait of this magnificent beast. Dwindling habitat, lack of prey, and climate change must be taking their toll on these great cats.

Lucky you! Don't think we have snow leopards in London Zoo.
We don't even have pandas here. ;)

This is a spectacular portrait. I love the black and white. Beautiful point of view and detail. Their population is so small which is sad. I hope that it can rebound.

Such a handsome face. Nicely shot.

What a beautiful creature, Steven! But do I detect sadness in its eyes from the zoo captivity?

I think the photo in black and white looks great. The photo even gained visual impact.
Well done!

this is a marvelous photo

What a beautiful portrait. Great in black and white. :)

Wow this is a Great shot...his look is just perfect ;-)

great capture of a giant animal

Yes, I think I agree with many others this is by far and away a much better picture in black and white.

Stunning capture! I enjoyed the read, these have been a favorite of mine for some time. Extraordinary animals!