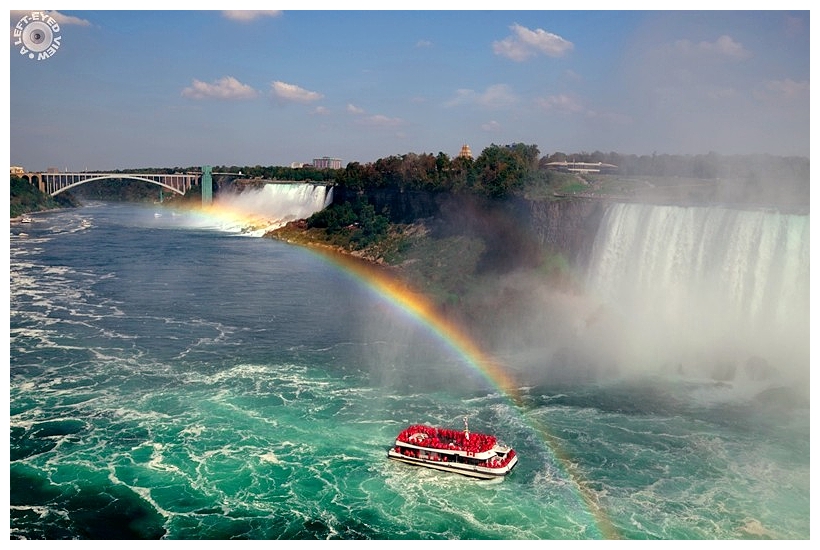 Posted by Steven (Chicagoland, United States) on 26 October 2017 in Landscape & Rural and Portfolio.

To the far left is Rainbow Bridge which connects Canada and the United States.

And from left to right are the American Falls, Bridal Veil Falls, and a portion of the Horseshoe Falls, all which make up the Niagara Falls.

The frequent mist generated from the crashing Falls will bring many rainbows to fruition.

It is fantastic to see this view.

Impressive view.
I wonder if we'll see any image taken from the boat :)
Have a nice day

You really are capturing the magic in this series - well done !

Superb with this rainbow

Superb compositional skills with this rainbow arc in a nice tandem along with the arc of the distant bridge structure, not to mention the beautiful colours of all of this.

WOW! Each of these views is more magnificent than the last!

Amazing. What a beautiful scene. A fine capture of the rainbow. Love this. :)

The size of the falls dwarfs the boat, making it look like a toy.

The rainbow is a bonus.
And if legend of gold and rainbows were true, then there would be a lot of gold in that place.
:-)

A very dramatic image of this boat and the beautirul rainbow. Amazing scene to enjoy!

That is so nice.

Absolutely gorgeous. Such a beautiful view. I love the rainbow! I would love to go there again!

Fantastic image, with a wonderful rainbow.

This is a remarkable image of a so much photographed place. You got everything in there in the right moment. Wonderful greens as in all the series.

This is definitely worth the wait!