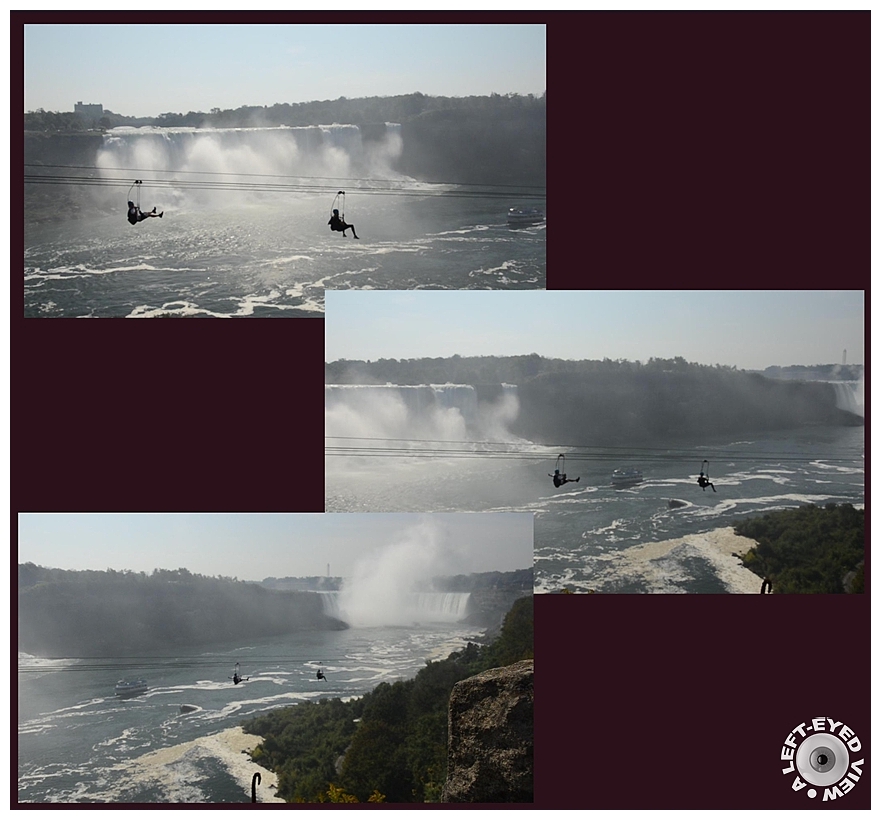 Posted by Steven (Chicagoland, United States) on 7 November 2017 in Sport & Recreation and Portfolio.

Three screen captures from video that I had taken of people ziplining Niagara Falls. They took me by surprise and passed so quickly. This was in the morning with the sun in the east, so American Falls (top) and Horseshoe Falls (bottom) were fairly shadowed.

One of the guys yelled "Arrivederci!" as he passed by.

It must be very interesting way to go there

Rather them than me :) Nice montage

Must be quite an adrenalin rush! I like this creative collage presentation and the long range view that really tells a story of scale, thrill seeking, craziness.

It must have been an amazing site to see them zip by. I think you did a marvelous job of getting some pictures.

Two young intrepid Italians !!
I'm sure it's a good experience.

Wow, that looks like scary fun. I would never have imagined.

A fabulous set of images! There is no way that I would be doing that!

What a wonderful view

Great set of images! What fun - I'd love to do that! So you were among L' Italianos! Great!

We got to zip line in Costa Rica over the rain forest, but I didn't know one could do it over Niagara Falls. I'd have to think about that first.

That would be quite the thrill.

Only if I was anesthetized would I do such a thing.
:-)

This would make a fun way to cross the border!