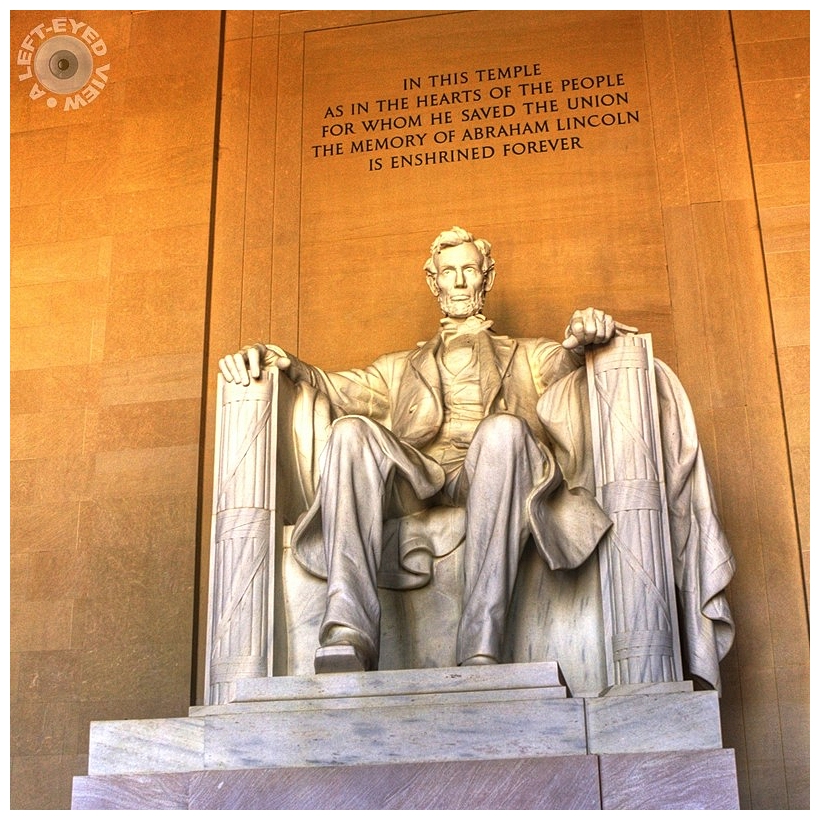 Posted by Steven (Chicagoland, United States) on 19 February 2018 in People & Portrait and Portfolio.

Daniel Chester French, the leading American sculptor of the day, created the famous statue of Abraham Lincoln which dominates the interior of the Lincoln Memorial. The memorial plans originally specified a 12-foot bronze statue, but it proved out of scale for the huge building. The finished statue is 19 feet tall, carved out of 28 blocks of white Georgia marble. French later had special lighting installed to enhance the figure. Visitors sometimes ask if the hands have special significance (such as forming the letter "A" in sign language), but there is no indication French intended it.

Happy President's Day!
This week's photos are a tribute to our past Presidents.

I really like your up-close-and-personal view of this famous DC landmark, Steven.

Interesting info to back up the fine image.

A wonderful image of your famous GREAT president

Oh I see?! Really?
So is it A for Abraham or America?
Or both?

A commanding view for this fine tribute.

A wonderful photograph of this important human, and resplendent in many colour tones.

wonderful choice for the day !

A great tribute to a great man. Excellent point of view in your image that enhances the strength of the sculpture...

A beautiful image of this great statute to the memory of a great man.

A fabulous image! Happy President's Day! They just started repairs on the Lincoln Memorial a couple of weeks ago. Scaffolding is going up. The roof is being replaced and some pieces of marble are being replaced due to damage from the earthquake a few years ago.

I do not know what happened, but my comment was "eaten".

Given the current US circumstances, is the memory of Abraham Lincoln still alive?
Beautiful sculptural work by Daniel Chester French

@Remus: More than ever!

A terrific view and take of this great and principled man. I wonder what he would say about current circumstances if he could speak ... ?

I guess we can only dream of the U.S. getting a president like him again.

Wonderful tones in your photo, Steven! One of my favorite monuments in DC. I grew up "playing" among these- as my grandfather worked at the VA. I will enjoy this series!

a well shot and fitting image for the day