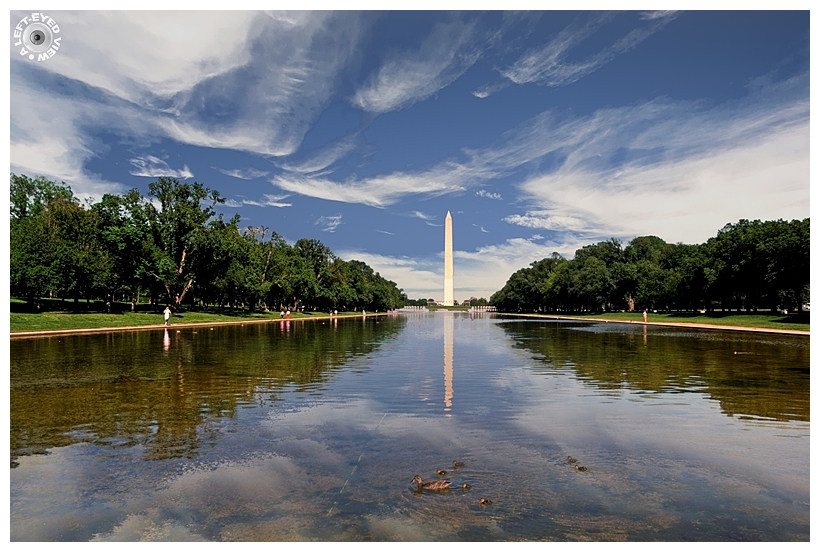 "First in the Hearts of His Countrymen"

Posted by Steven (Chicagoland, United States) on 22 February 2018 in Landscape & Rural and Portfolio.

"First in war, first in peace, and first in the hearts of his countrymen" was a phrase that Henry Lee stated as part of his eulogy at George Washington's funeral in 1799.

The Washington Monument was built between 1848 and 1884 as a tribute to George Washington's military leadership from 1775-1783 during the American Revolution. Its construction took place in two major phases, 1848-58, and 1876-84. A lack of funds, political turmoil, and uncertainty about the survival of the American Union caused the intermittent hiatus.

Here are some interesting facts provided by the National Park Service about the Washington Monument:

1. The corner stone was laid on July 4, 1848. The same trowel was used that George Washington used to lay the cornerstone of the Capitol way back in 1793. Thousands gathered around the construction site to celebrate the moment.
2. The walls of the monument are 15 feet thick at the bottom and 18 inches thick at the top.
3. The walls are covered with white marble that was brought in from Maryland.
4. While the monument is hollow on the inside, the inner walls are set with 189 memorial stones that are carved and were presented by individuals, cities, states, societies and other countries.
5. The point at which construction was stopped in 1858 can be identified as the stones used above 152 feet have a darker tone of color when compared to the original ones.
6. The Washington Monument is surrounded by flagpoles, each flag representing a state of the United States.
7. The total cost of building the monument was $1,817,710.
8. The construction of the monument was completed 30 years after the death of its architect, Robert Mills.

i liked ready the details

Thanks for the interesting explanation. The construction of that monument has been a great work. Its proportions are enormous. The picture brings it up nicely.

A spectacular image with a super sky.

Terrific, Steven! The perspective, the reflections, the pano- like frame ... all perfect!

A very fine image and the sky is perfect; love those wispy cloud accents.

The background info is so interesting. A beautiful image - like a postcard.

wonderful image and great write up here !!!!Thank you :)

Class shot !!!..the pedestrians on either bank balance the shot well, personally I would have cropped the ducks they're not needed . ;>)

@Jeff & Pat: I debated doing that and should have followed my instincts.

Taken from a great viewpoint. A great memolrial.

The Washington Monument leads the eye to the water and the sky. Good composition.

Excellent symmetry ...! I like the reflection of the Monument. It looks much more impressive! Great shot!

That is a very cool shot.

I love the swooping clouds above this familiar monument

Amazing photo of this great monument. Wonderful composition and reflections. And great information. Love this. :)

WOW. Who knew (all that info)! The clouds seem especially excited about it all.

Thank you for sharing this beautiful image and the explanation.

The ducklings stole the show :)

What a fine and informative story of this beautiful image

A beautiful set between reality and reflection.
And even the ducks appreciate the beauty of the lake.

Full of life,colors and energy.

What a shot!! With that beautiful sky!! I didn't know most of those factoids!! Thanks so much!

Absolutely gorgeous! What a glorious day to take this image with that sky. I love the reflection! Wonderful information.

a nice perspective on this obelisk