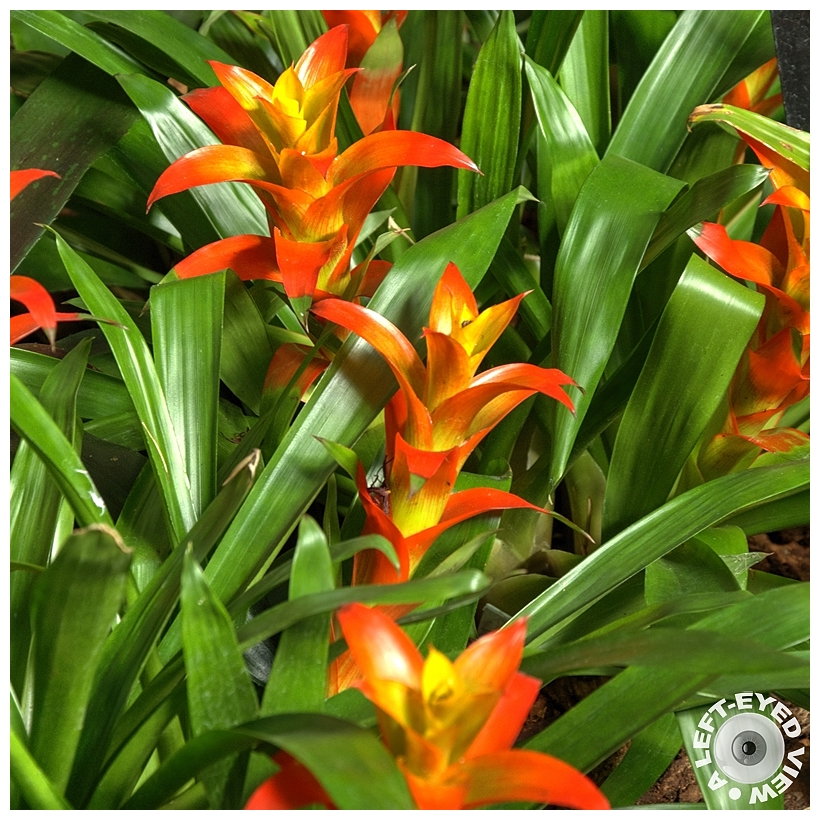 Posted by Steven (Chicagoland, United States) on 29 March 2018 in Plant & Nature and Portfolio.

A really beautiful plant. Great shot. Thanks for the explanation too.
Have a nice day Steven.

The contrast of color with the green is gorgeous. Kind of sad that they die like that. It sounds like a lot of work to grow new ones.

A fabulous picture of this beautiful plant. Very interesting comment.

They are like torches of fire ...
The level of detail / sharpness is excellent.

A lovely image of these beauties. I enjoy their colors.

Wow! What a gorgeous plant! I love the colors! They are just beautiful! That would make a really nice addition to someone's greenhouse.

That is a lovely shot. the colours are wonderful.

I love air plants! Back home in Malaysia, I used to grow quite a few of them
Spanish moss was one of my favourites.

A brilliant capture of these beautiful blossoms.

Aren't they lovely - great shot, and thank you for all that info!