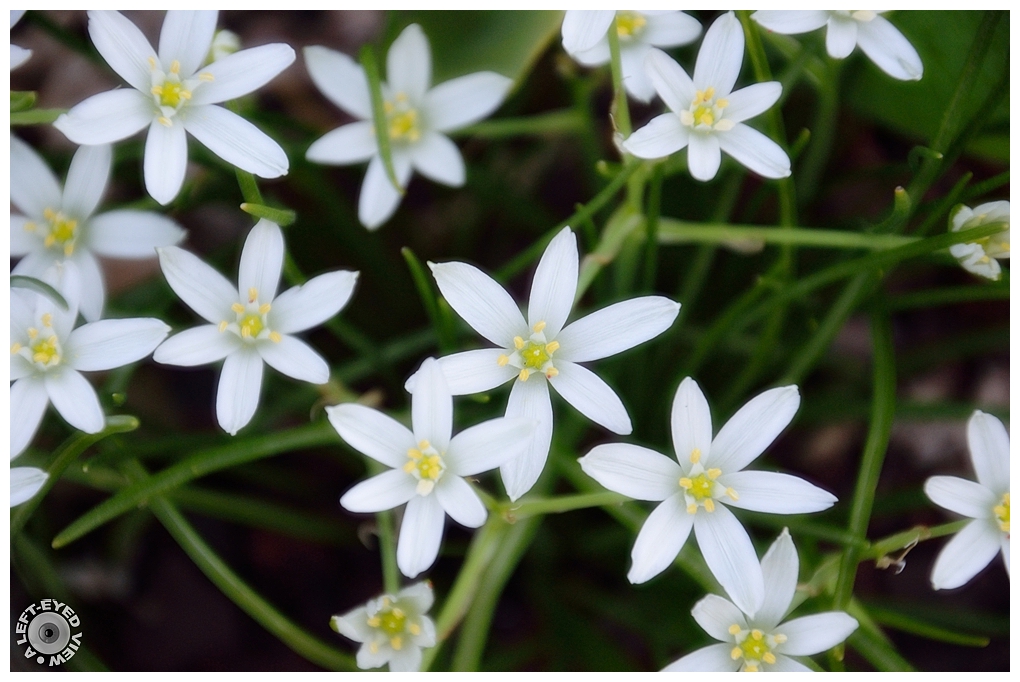 Posted by Steven (Chicagoland, United States) on 10 July 2018 in Plant & Nature and Portfolio.

Ornithogalum is a genus of perennial plants mostly native to southern Europe and southern Africa belonging to the family Asparagaceae. There are some species native to other areas such as the Caucasus. Growing from a bulb, species have linear basal leaves and a slender stalk, up to 30 cm or more tall, bearing clusters of typically white star-shaped flowers, often striped with green. The common name of the genus, Star of Bethlehem, is based on its star-shaped flowers, after the Star of Bethlehem that appeared in the Biblical account of the birth of Jesus.

Very suitable name to them

Beautiful image of these gorgeous flowers. And a lovely name. :)

These are beautiful and I found your writeup illuminating.

They look so happy !

Wow, how lovely the white stars are !!!

a galaxy of blooms

so pure with all the white

A fine field of these flowers. Excellent detail and color in this excellent picture.

You have composed this beautifully. Their lovely shape is certainly shown off here. Gorgeous

These beautiful flowers look like many little stars! I love their shape. A wonderful composition. I love how they fill the frame.

Such bright and beautiful stars. A beautiful image.

A wonderful image of The Star of Bethlehem. Excellent composition.

These beautiful flowers look like many little stars.
Excellent compo!

Starry Starry Night would make a nice name too :)

Beautiful whiteness and simplicity of these authentic six-pointed stars.

These are so dainty and beautiful!!