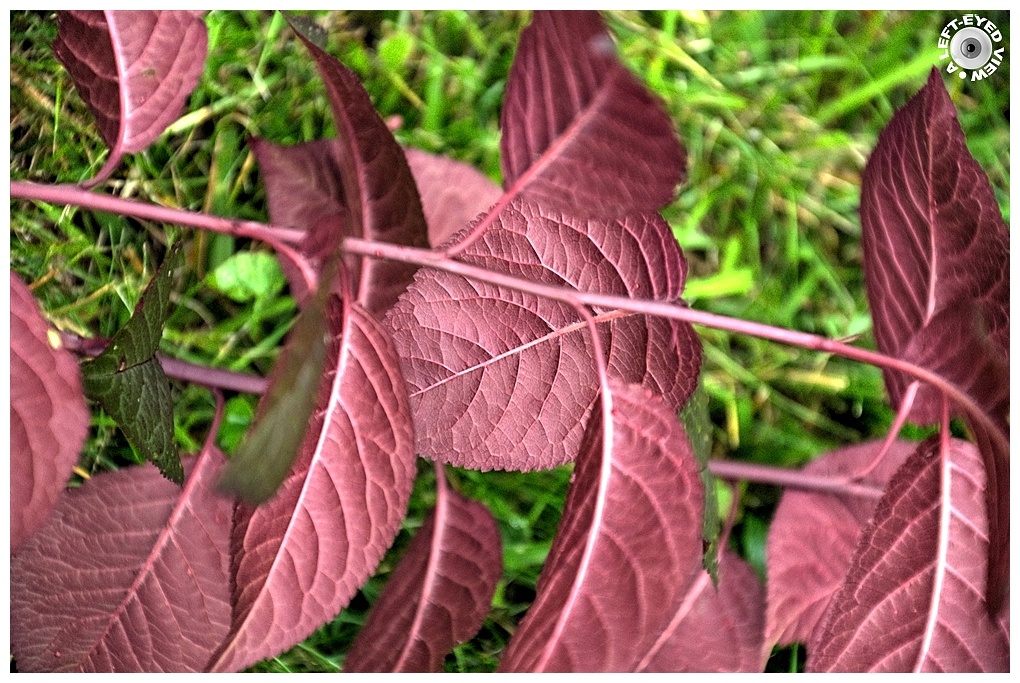 Posted by Steven (Chicagoland, United States) on 16 July 2018 in Plant & Nature and Portfolio.

After a rainy Spring, our Newport Purple Leaf Plum tree grew by leaps and bounds. And after a heavy rain storm in June, the branches of the tree were ladden with so much rain water that they were actually bending down; almost ready to snap. I ended up putting a few bungee cords around the tree to keep the branches upright until they dried.

A day or two later, I removed the bungee cords and pruned the really long branches. The veining in the leaves really caught my attention.

the warm color of these leaves is superb

You made a good decision.
This is a powerful and beautiful color

Perfect time of year to prune a plum. What lovely leaves you capture here

It's a fine detail shot and the color is very pleasing as well.

Did you use a light to capture this? It's a great shot.

Beautfifully captured leaves ! A crisp clear shot with the details in the veins! Great shot...

Those are beautifully colored and textured leaves.

Are the plums from this tree edible?

@London Caller: Not certain. And this was the first year that plums appeared. :-)

I love the wonderful 3D look to it. At least to my eyes.

I am glad that you were able to keep the tree from being destroyed by the heavy rain. The color of the leaves are beautiful. I love the detail of the leaves.

Lovely color and detail in these pretty leaves.

Good eye, Steven - Nature is so amazing, these are beautiful patterns and colors!

It's a somewhat metallic color, that is not very usual for a tree.
Beautiful contrast of colors.