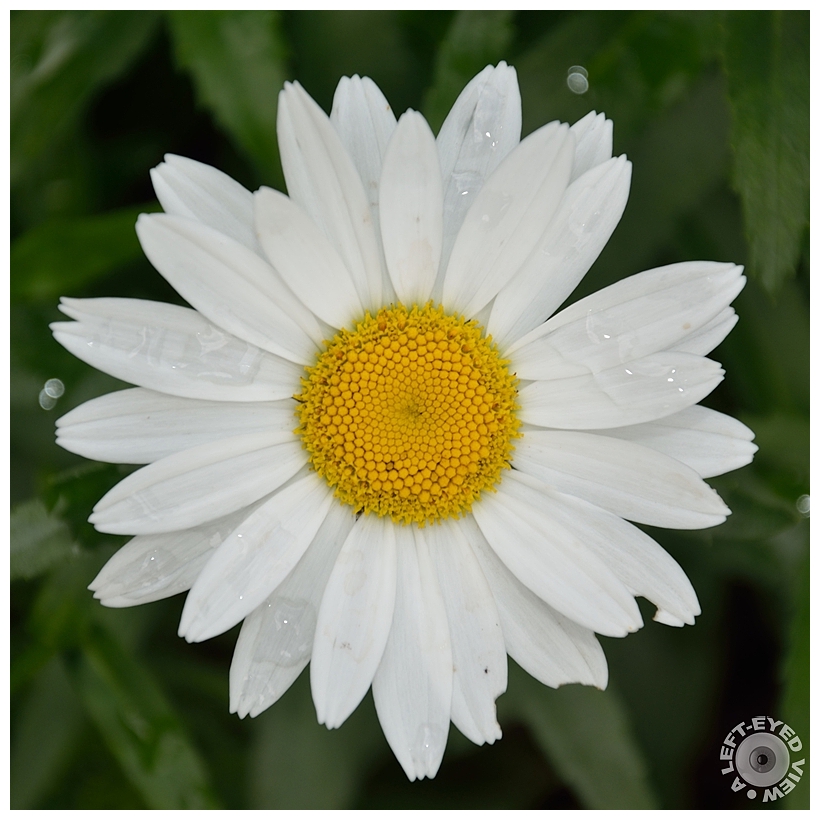 Posted by Steven (Chicagoland, United States) on 8 August 2018 in Plant & Nature and Portfolio.

So simple and yet so complex, Steven. Simply beautiful. :)

So gorgeous and beautifully detailed.

It looks so simple . . but there is nothing simple about a daisy !

Oh, how beautiful! You've even captured the water droplets on the petals.

A great look at the Daisy. Superb focusing Steven.

This is simply lovely...
I love those subtle water droplets too :))

Such a cheery shot. It is the perfect start to the day.

like a little sun...fine capture of this pretty flower

an touch of perfection!

A fine close up of this pretty blossom. Very well done.

A gorgeous image of the daisy. Interesting information, too.

The water makes the daisy look so refreshing.

Very nice. Such a crisp shot.

Beautiful image and informative post, Steven! It's no wonder the sunflower family is also called the "composite" family!

Perfect framing, Steven! I like how crisp the center came out... :)

Excellent level of sharpness.
The beauty of the daisies, by their great simplicity, is always eternal.