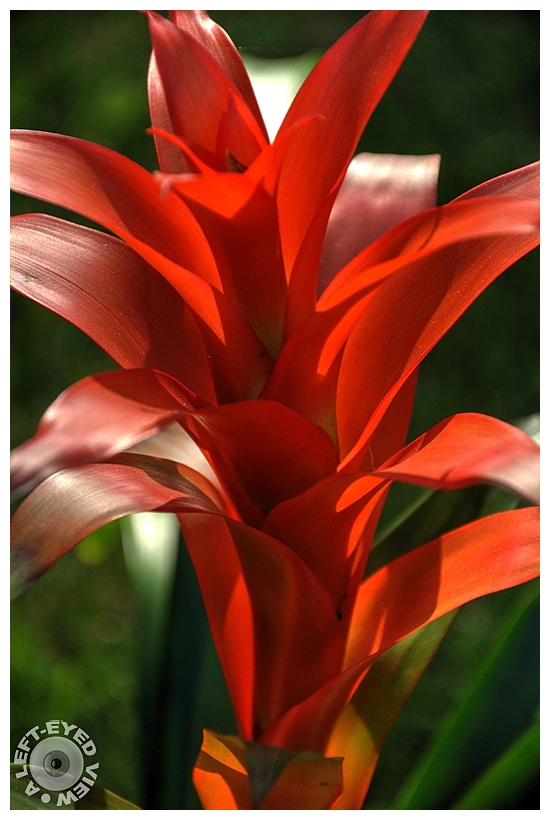 Posted by Steven (Chicagoland, United States) on 15 August 2018 in Plant & Nature and Portfolio.

I loved the backlighting seen here in the early afternoon. This bromeliad has been doing quite well in our three seasons room. See the plan view of the bromeliad that I posted HERE.

What a gorgeous specimen, Steven!

It's a pleasure to climb this red ladder

Wow.. I love the contrast between Red and Green !!

Absolutely. This light is great!

An excellent close up of this blossom. Very successful.

an flower in fire!

You should grow some red ginger :)
The red is really showy.

so healthy and pretty

Absolutely beautiful. It has such an amazing color! A gorgeous image and very interesting information.

Great work, photographically and the text.