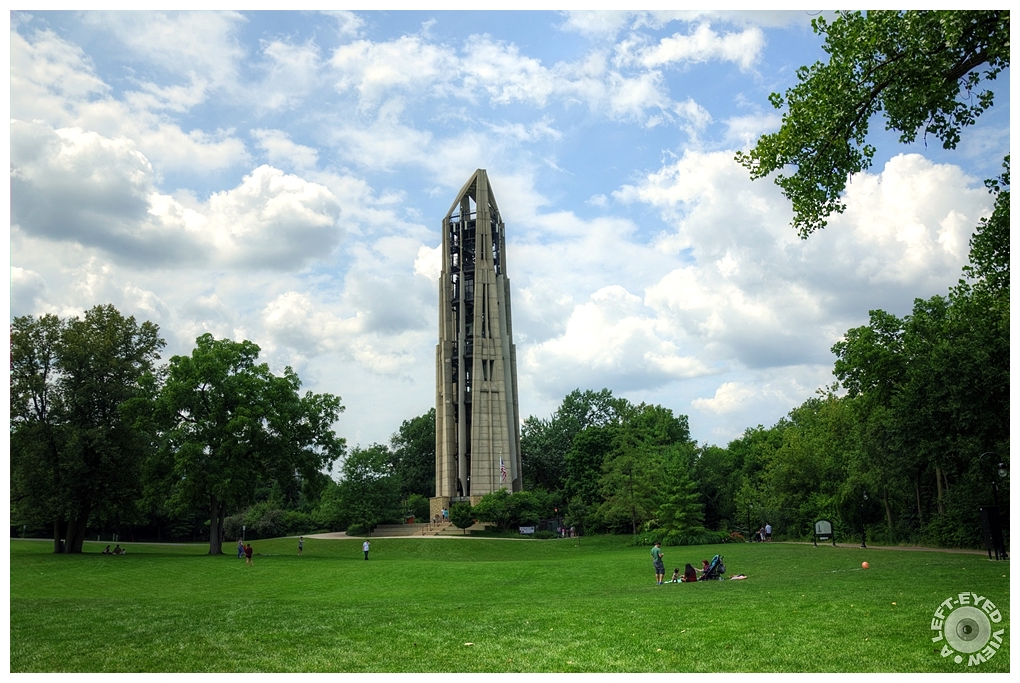 Posted by Steven (Chicagoland, United States) on 26 September 2018 in Landscape & Rural and Portfolio.

Visitors can climb the 253 steps to the top of the tower on the guided tour and enjoy the spectacular view, where on a clear day the Chicago Skyline can be seen.

Tuesday night recitals are performed during the Summer by carillonneurs who come from all over the country and world, including Belgium, Denmark and the Netherlands.

What a delightful landmark, Steven. Even with my new knee I would want to climb all the way to the top, just for the view!

What a fascinating idea put into practice. Impressive.

A wonderful look at this tower. I imagine the views from the top are spectacular.

What a special tower

It's a beauty, and you did well to pull back and give plenty of space and scale to the scene. Excellent.

I would LOVE to hear one of the performances. Beautifully composed view

it is certainly an amazing bit of architectural design

love the inclusion of the tree limb on the upper, right

Great looking structure. It is a community project that continues to give pleasure back to the community.

I like the sound of the carrillon. Beautiful image of the tower!

A beautiful architecture and landmark !

Carillonneur - that's a new word for me :)

And it is located in a beautiful place, wrapped in green. Beautiful surroundings and the carillon has a harmonious architecture.