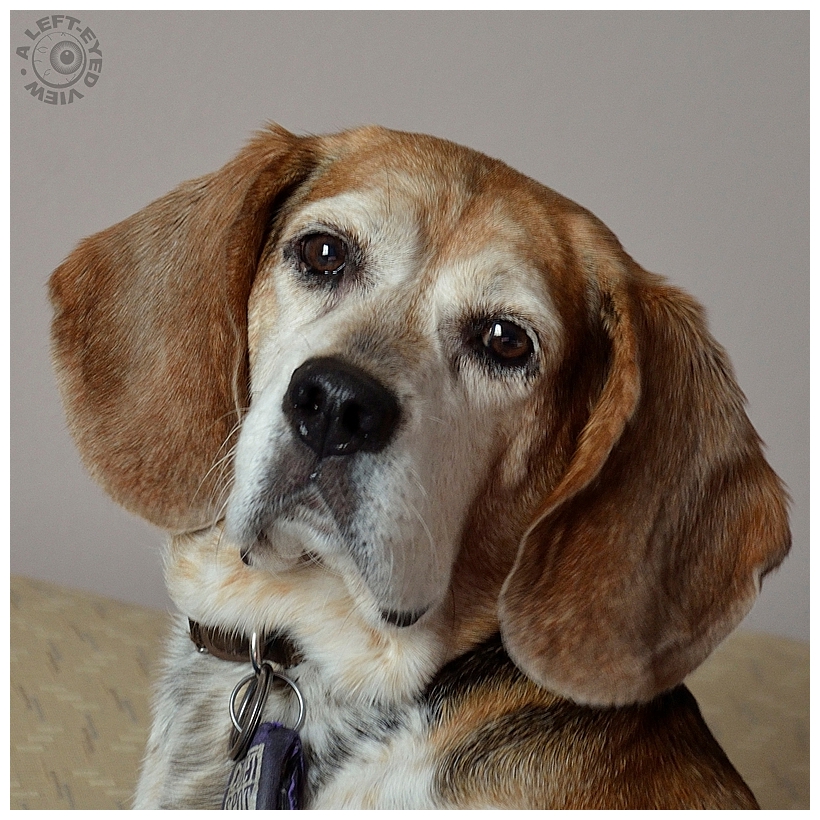 Posted by Steven (Chicagoland, United States) on 2 October 2018 in Animal & Insect and Portfolio.

Wilma, a beagle/basset who rescued the family after a previous loss of a pet, succumbed to cancer and had to be put to sleep yesterday. She fought a brave fight and outlived what many veterinarians predicted after first being diagnosed.

Being a rescue, her real age was unknown. But she captured the hearts of the family for eight years.

What beautiful and clever look. It is very sad to lost a friend and dogs are our friends

A beautiful picture of Wilma. It is so sad that she is gone but she will always be remembered. I have 3 rescue dog's including one disabled. Rescuing any animal is wonderful and I am sure Wilma had a wonderful life. 5*

My heart goes out to you Steven. We had to put one of our two rescue dogs down earlier in the year. Tough business that is. Wilma looks like she was a sweetie. RIP Wilma.

Superb portrait of her . She'll stay in your heart .

She touches my heart with those eyes, and knowing she brought love and joy to a family. Rest in peace, little one.

Calm dreams for you little friend. Those eyes tell you that you had a great and warm heart.

they definitely leave a hole in our hearts

My heart breaks reading this post. I am so sorry for your loss. Fur babies capture our hearts forever.

A beautiful portrait of sweet Wilma. I'm very sorry for your terrible loss.

A few months ago my little Pinscher died. It was very sad to let her go! I'm sorry friend!

I am so sorry to hear that.

such a sweet and deeply touching photography...

Such a beautiful memory you have - your beloved friend. The image shows it.

Such a beautiful photo of Little Wilma! That face and those eyes.. So loving. So sorry to hear of her passing. She was definitely loved!

I am so sorry Steven. I know that Wilma will be terribly missed. It is so hard to lose a faithful friend and family member. My heart goes out to you and your family. It leaves such an empty feeling inside.

What a beautiful memory you've captured.

A lovely portrait to go with your memories. It is nice that you had several good years with her.

A wonderful Tribute, Steven! We lost our Cat to cancer just one month ago...we still feel the pain as much as we did that day....Our prayers go to Wilma and her adoptive family ....we truly understand!!!

Awe- I'm so sorry for your loss. These four legged and feathered friends we let live in our hearts are precious souls indeed. Just look at her eyes... so kind! My best for you and your family.

Ohhhhhh ...
But you did well. To live to suffer is not to live.

I am sorry. A beautiful portrait. Kind look. Great tribute to Eilma.

Very sorry to hear about it.

Condolences on the loss of your friend.