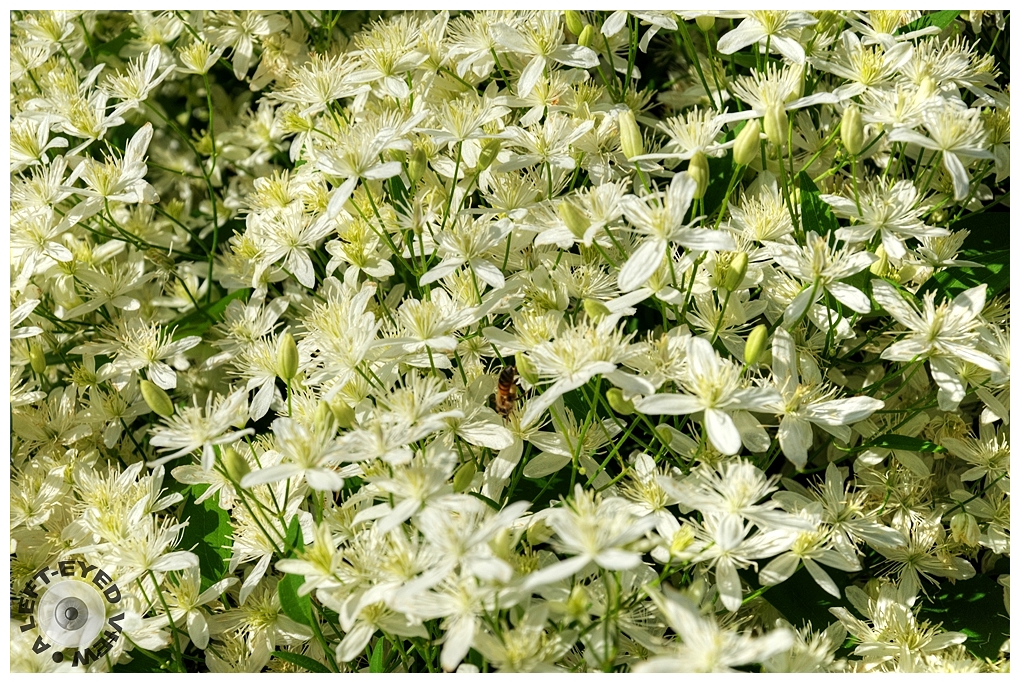 Posted by Steven (Chicagoland, United States) on 1 November 2018 in Plant & Nature and Portfolio.

Sweet autumn clematis is a plant in the buttercup family, Ranunculaceae. It is native to countries in northeastern Asia (China, Japan, Korea, Mongolia, Russia (Siberia), Taiwan). It was introduced into the United States in the late 1800s as an ornamental garden plant, and has naturalized in many of the eastern states. It is considered an invasive plant in New Jersey, South Carolina and some other eastern states.

Sweet autumn clematis is a vine with opposite, pinnately compound leaves, on climbing stems. The flowers are white, borne in fall.[2] The blooms are nicely fragrant and visited by bees. In late fall the fertilized flowers become fruit (seed) clusters of 5-6 fruits connected at the heads and each having a long white tail. As these dry, the color of the fruits fade and the tail becomes feather-like. In the spring the fruits detach and are dispersed by wind.

wow...what a lovely splash of green here...Love this Stephen... Missed your shots and am catching yo :)

However invasive it may be, it's beautiful! :)

another wonderful carpet of flowers beautifully captured. I want one :)

Excellent look at the Sweet Autumn. This plant can really grow, well worth having.

Superb ! I did not see the bee

This type of picture makes me happy.

The bee seems to be doing a deep dive into this bed of beauty. Excellent "wall to wall" framing.

Very beautiful ! Thank you for the description .

A fabulous image. I really like how you filled the frame with all of these beautiful flowers. That little bee has a lot of work to do!

A lovely frame full of blossoms. I enjoy the densely packed intensity of those blossoms as so does that bee I imagine.

Gorgeous wall of flowers, so beautiful !~

Don't think I have clematis honey before! Hint hint. Ha!

what a lovely presentation of this sweet beauty!

no bouquet of flowers for me, I'm happy to admire them

That bee must think he is in heaven with all the blossoms.

Beautiful composition... should be a paradise for this insect.