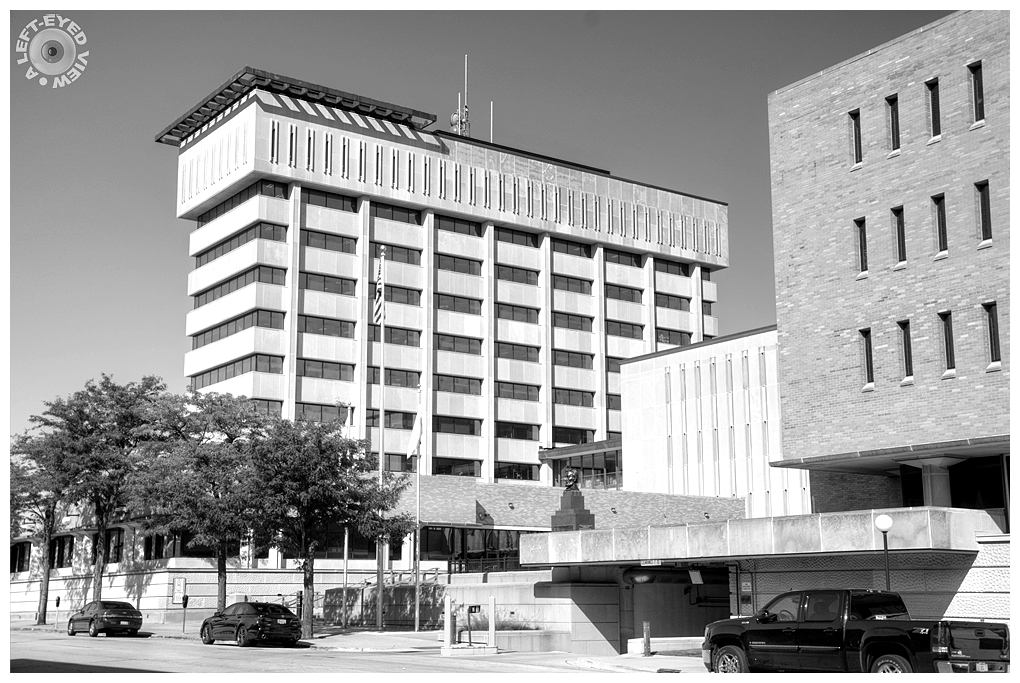 Posted by Steven (Chicagoland, United States) on 5 November 2018 in Architecture and Portfolio.

Lake County, Illinois is situated on the shore of Lake Michigan between Chicago and Wisconsin. It is home to over 644,000 residents, some of whom live in highly developed urban centers while others live in beautiful rural communities.

The county, which was primarily unsettled prairie and was still home to its native Potawatomie Indians, was created by the Illinois State Legislature in 1839. Lake County's first permanent settler, Captain Daniel Wright, first came to the area in 1834. At that time, Libertyville, then known as Independence Grove, was the first county seat. In 1841, however, the county's residents voted to move the county government to Little Fort, now known as Waukegan, where the commissioners had purchased a section of land from the state. Lake County's first courthouse was built on part of that land in 1844 and the remainder was sold to pay for the $4,000 construction cost.

The county's first courthouse was used solely for court sessions and the jail, but in 1853, commissioners constructed a building to accommodate county administration offices and house records. When fire decimated the courthouse on October 19, 1875, the county records were saved because they were in the adjacent building.

After the fire, proposals were made to move the county seat to Highland Park, Libertyville or another site in central Lake County. The county commissioners, however, decided to rebuild in Waukegan. The east half of the building was reconstructed at a cost of $45,000. In 1895, the first jail building was added to the government complex and a west addition was added to the courthouse in 1922. By 1938, county commissioners saw a need for additional space and approved the addition of a 5th Floor. This courthouse, however, was demolished in 1967 to make room for a new high-rise administration building, pictured here, which was completed in 1969 and courts in 1970.

Lake County, Illinois is a montage, with progressive urban areas, as well as picturesque rural communities. Along Lake Michigan's beautiful lakefront, which forms the county's eastern border, up to the Wisconsin border in the north and out to the chain-of-lakes in the west, the county's residents have diverse backgrounds and lifestyles.

Nice bw process and impressive building as a cube

Well documented in words and B/W, though I'm not to sure about the building. It looks bit like a large grain silo, but perhaps that is appropriate :)

An excellent tour guide depth to your presentation here, and I like the choice of black and white as it works so well with the sunshine here.

Actually, I would say that architecture gives more value to design than to usability. But these older buildings, combine these two strands in perfect harmony: Design is for usability.
Well done! Well done!

I am interested in the architectural style used here.
Post-modern or art deco? ;)

A beautiful B&W photo of this fine looking county complex.

Interesting info about the architecture. Works well in B&W.

The courthouse complex has quite an interesting history. This building reminds me of some of the government buildings that I see in the DC area that were built during the same time period. A great point of view.

so many patterns and lines here

Beautiful architecture and a fine shot of this building. Great in black and white. :)

The B&W goes perfectly with these buildings from the 60's. Good work.

Nice! The black and white are just right, the buildings look very stately.