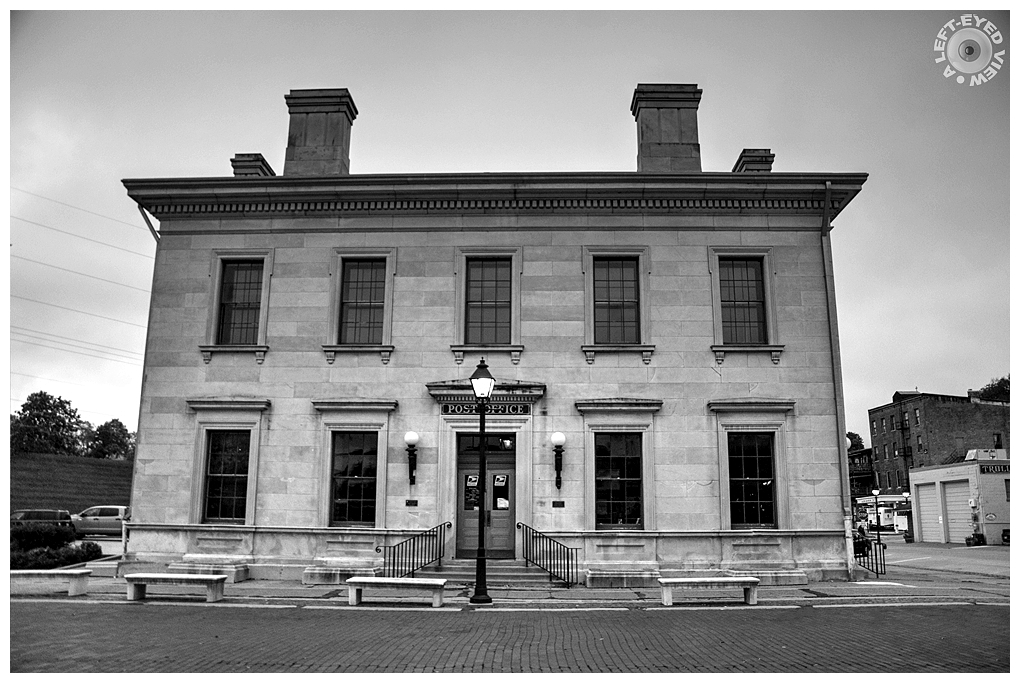 Posted by Steven (Chicagoland, United States) on 4 December 2018 in Architecture and Portfolio.

The Galena Post Office was initiated by Congressman Washburne and appropriated for by Congress on August 18, 1856, after Galena outgrew its original main street store which was established in 1826. Construction on the Post Office/Customs House began in 1857 with the best quality granite was shipped up the Mississippi from Nauvoo. The footings and foundation were laid in the fall and pig lead approximately the weight of the completed building was placed on the foundation and left until the following spring when construction began. The Weekly Northwestern Gazette of August 9, 1859 said "the building is so substantial it will last 1,000 years with only two forces capable of destroying it, one being an earthquake and the other a mob."

The Post Office has been used for many functions during its 152 year history. In 1859, the second floor, which housed the Customs House, was used for many social gatherings including a party thrown for a soldier on November 16, 1861. Also, the second floor was used as the Public Library until the present-day building was built in 1902.

Galena was the nation's first Post Office to be designated by the Smithsonian as "A Great American Post Office". Today it is the oldest continually owned and operated Post Office in America.

A superb building, very well built in stone. I think your choice showing this building in B/W is excellent. 5*

I grew up in a very small town the post office used to be the centre of it.

Superb framing of this old building !

QUite impressive for being the oldest in AMerica. I like the monotone giving it a timeless feel.

Sturdy and handsome and very well preserved. I love these types of well constructed heritage buildings. Excellent in black and white.

Nice shot and thank you for the history...

When the buildings are well constructed and well designed for their function, they last whole lives.
A sober building that is always up to date.

It's certainly a substantial looking building. It may last as long as they predicted barring the mob. ;-)

What a history of this post office. Thank you for sharing that with us.
A great photo of this beautiful stately building.
Your choice for black & white makes the post office even more attractive

Why did they place the lamp post there?!
It's kinda competing with the building to get my attention?

a very distinguished building - no nonsense or useless frills. Well photographed. And thanks for the history.

It has a very distinguished history. It is a very substantial building. A wonderful image. Very interesting information.

Your processing is perfect for this, Steven - looks great!