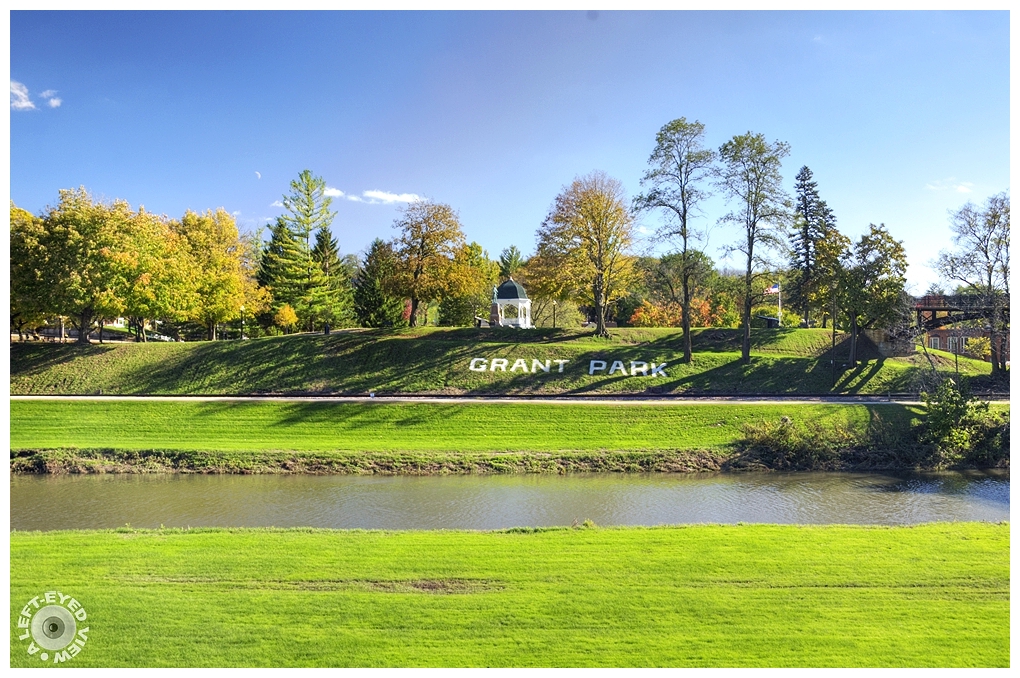 Posted by Steven (Chicagoland, United States) on 17 December 2018 in Landscape & Rural and Portfolio.

He was the 18th President of the United States, Commanding General of the Army, soldier, international statesman, and author. During the American Civil War, Grant led the Union Army to victory over the Confederacy with the supervision of President Abraham Lincoln. During the Reconstruction Era, President Grant led the Republicans in their efforts to remove the vestiges of Confederate nationalism, racism, and slavery.

This view is looking southeast across the Galena River toward Grant Park.

The concrete letters used to spell "GRANT PARK" built into the hillside were damaged in a mud slide during a severe storm in July of 2011. Dylan Einsweiler, of Galena Boy Scout Troop #95, restored the letters during 2013-2014 for his Eagle Scout project. The Galena Lumber Company, Lemfco, Inc. and the Galena Foundation donated materials and resources to complete the project. Over 25 individuals volunteered their time and services totaling over 500 hours.

What magnificent park. I love all tones of green and gold of this photo.

Wonderful information regarding this park AND our 19th President, Steven. That was back when the Republican party really did stand for something! (sigh)

many thanks for the very interesting informations. It seems to be a very well-kept park, I like the different tree species and the pavilion

I fee the refreshing air !

This seems like a very interesting place. Also Thanks for the information provided.

It's such a beautiful park. Good for Dylan and his Eagle project for restoring those letters.

An excellent visual and written presentation.

Looks a lovely image with beautiful splash of green..
And thank you for the wonderful write up too :)

Still lovely green and the name is clear ;-0

Very interesting story about this park.
A fantastic photo with the water and the green colors.

Very beautiful colors in such flattering light. I enjoyed the text too.

It's nice that the image spells out it's own title. Interesting info.

they sure want you to know where you are! this looks like a spring or early summer shot. I'm sure it is brown now, and perhaps covered in snow.

@Harry: No snow unfortunately. Looks like it will be a Brown Christmas this year.

A beautiful view. This looks like a really lovely park. It is nice to have a park named after a president. Beautiful color.

A place where the man-made is in complete harmony with nature.

Ha ha, do you have ha-has in the States?