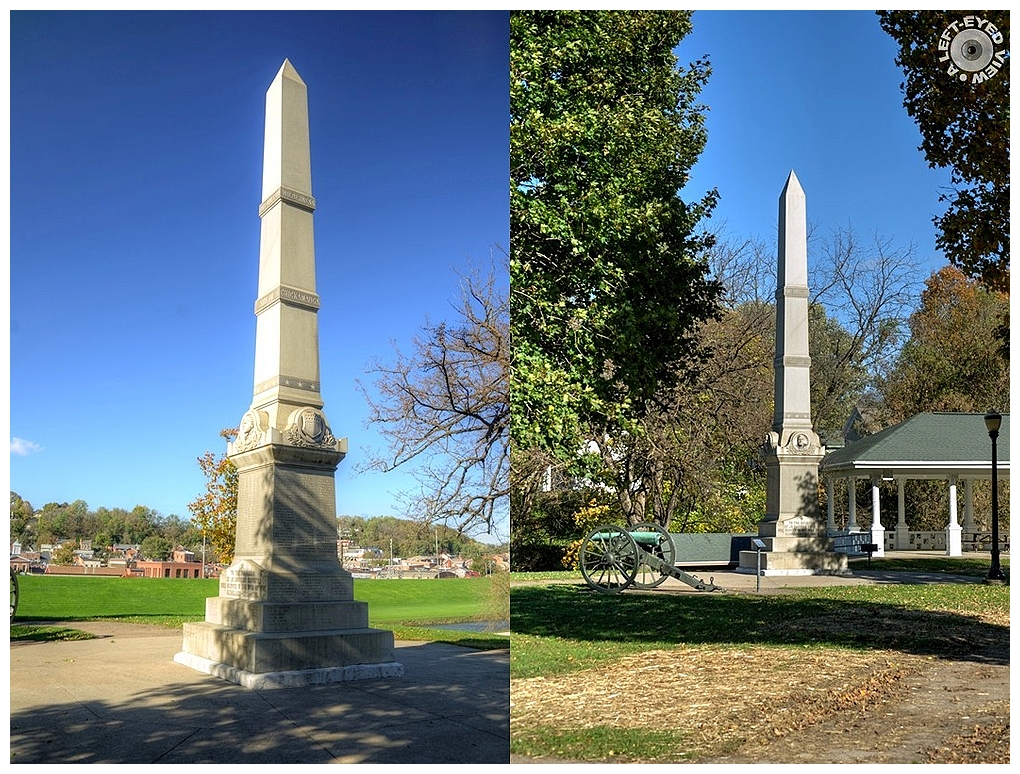 Posted by Steven (Chicagoland, United States) on 7 January 2019 in Art & Design and Portfolio.

Erected in Grant Park in Galena, Illinois, Soldiers' Monument is inscribed with the following:

There are circular tablets cut in high relief on each face of the obelisk. The reliefs depict General Grant, General Rawlins, the American Shield, and a soldier's cap resting on a pair of crossed bayonets. On each face of the obelisk there is a list of the names of Jo Daviess County soldiers who served in the Civil War, which totaled over 400 men.

It's a beauty, Steven, and one that will surely stay without offence.

Beautiful obelisk and tribute of soldiers.

Touching they are so remembered . .

Always remember that when you look at it.
Thanks for the story you told me about this monumental.

an excellent diptych. The two views are so different

Excellent images of these monuments.

I like seeing it both close up and in place. Lovely light and details

A wonderful tribute and I like your dual frame presentation.

Looks so impressive..a Great tribute too!

A fine two pictures of this monument. The description is essential to appreaite the monuments.

Beautiful images of this impressive monument.

Superb photos to describe these monuments . So it’s a tribute to the southern soldiers in the secession war...

Nice presentation with two views of the monument.

This is a beautiful monument and lovely tribute. It looks like a very peaceful place.

two nice views of this monument

It's important that the memory is not forgotten.