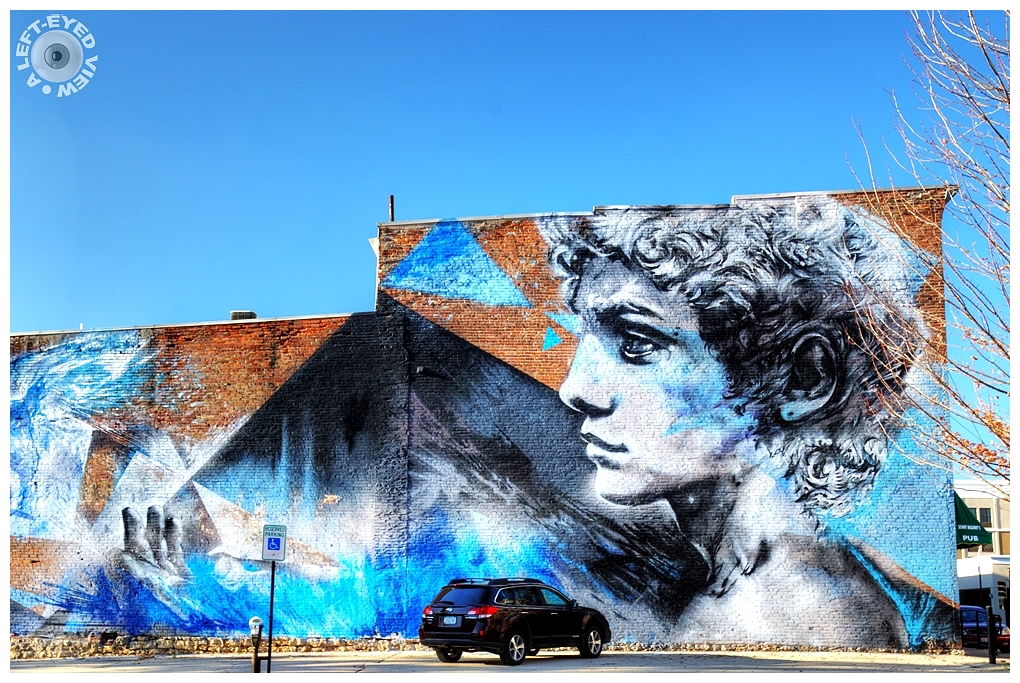 Posted by Steven (Chicagoland, United States) on 9 January 2019 in Art & Design and Portfolio.

Christina Angelina is a Venice based visual artist, photographer and gallerist. Angelina is internationally renowned for her public art and large-scale figurative murals and was a featured artist in the Google Art Project’s Street Art Collection launched in 2016. In 2015 the Huffington Post cited the collaboration between Angelina and Fin DAC in São Paulo entitled “Splash” as one of the “Most Influential Acts Of Street Art Around The World” and in 2016 Angelina was highlighted as among the most innovative artists to watch in Sleek Magazine.

Growing up in the Venice neighborhood of Los Angeles, Angelina was surrounded by performers on the boardwalk, caricaturists creating sketches and muralists painting on walls in alleyways. Inspired by the creativity of the community, she began painting when she was a teenager, selling prints to friends and local art collectors. Angelina received a Bachelor’s of Fine Arts in Art from UCLA in addition to studying animation at NYU’s Tisch School of the Arts and photography at the Art Center College of Design. After graduating college, Angelina worked in a variety of media including drawing, painting and graphic design before homing in on street art and adopting the public persona “Starfighter”.

Just superb Steven. I like the work of this artist.

Wowser, Steven. I hadn't heard of her before so thank you for the introduction to her incredible work. I love how the car gives this scale.

Superb and well done with this lonely car !

This is just fabulous street art. Interesting information on the artist. 5*

A very compelling image of this art.

wow, this is extraordinary

this is an interesting image of very creative street art.

This is amazing. It almost transports you to another place. The artist is immensely talented. I love the colors that are used. A magnificent piece of art.

A very talented artist indeed. I enjoy this excellent capture of the giant mural.

That's just amazing! What a beautiful mural.... and a wonderful photo of it - that shiny black car just adds to it!

It's a very beautiful mural. The car was even valued in the photograph.

Who's that guy in the mural?
He looks a bit like Michelangelo's David?