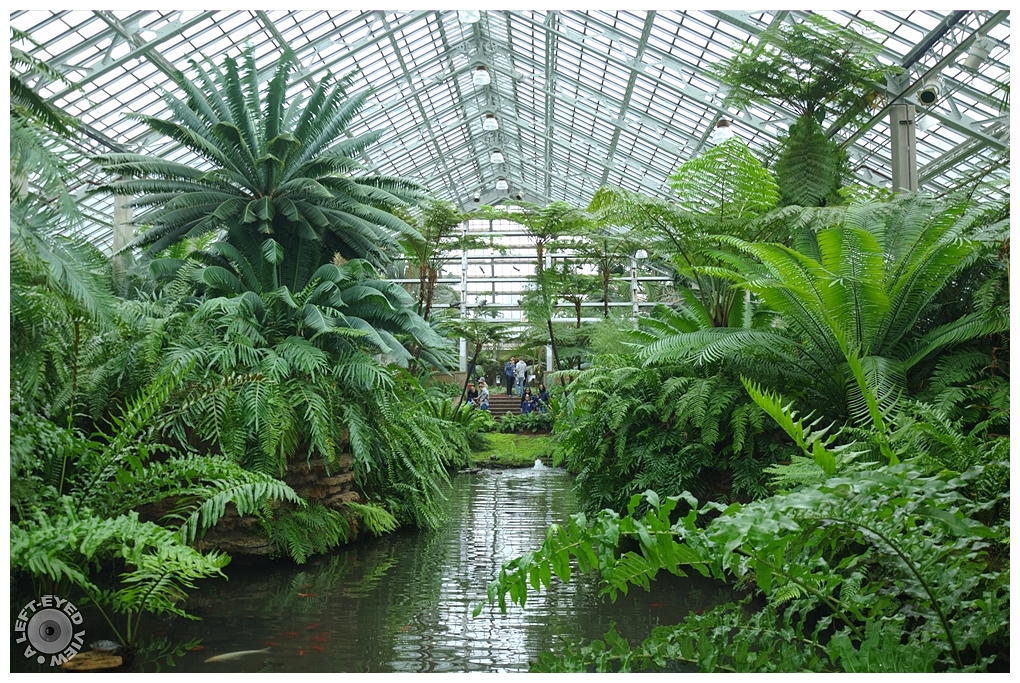 The Fern Room (View from the West)

Posted by Steven (Chicagoland, United States) on 18 April 2019 in Plant & Nature and Portfolio.

Jens Jensen, who designed the Garfield Park Conservatory in 1906, wanted to give visitors a glimpse of what Illinois might have looked like millions of years ago. Lush ferns, rocky outcroppings and an indoor lagoon evoke the swampy landscape of prehistoric Chicago. The Fern Room is home to the cycads: ancient cone-bearing plants, ferns and fern allies (plants that thrive in similar conditions and emerged around the same time as ferns, like mosses and liverworts). Many of these plants are considered primitive plants, or members of plant groups that grew during the age of the dinosaurs, about 300 million years ago.

Excellent image. I like the capture of the carp in the water.

A very well laid out space. Nice deep view through your lens.

You are surrounded by beautiful green !

the shots with the inclusion of water are my fav, i think

I just love how lush and green everything is. It is hard to imagine that this is what the land looked like in prehistoric times. It is so different now!

One can almost imagine a dinosaur poking its head out from behind one of those large ferns.

remarkably similar to your April 11 post - though yes, I know you were at a different point

Oh it's just so beautiful!!

Beautiful composition in the green .

It is a wonderful place to be

It's a tropical paradise!

really an impressive place with lush green plants, and these lagoon full of fish

Simply beautiful. This is the type of place I could spend all day.

Evaluating the beauty that is visible in the photo, I believe that millions of years ago, the planet would be much more beautiful.