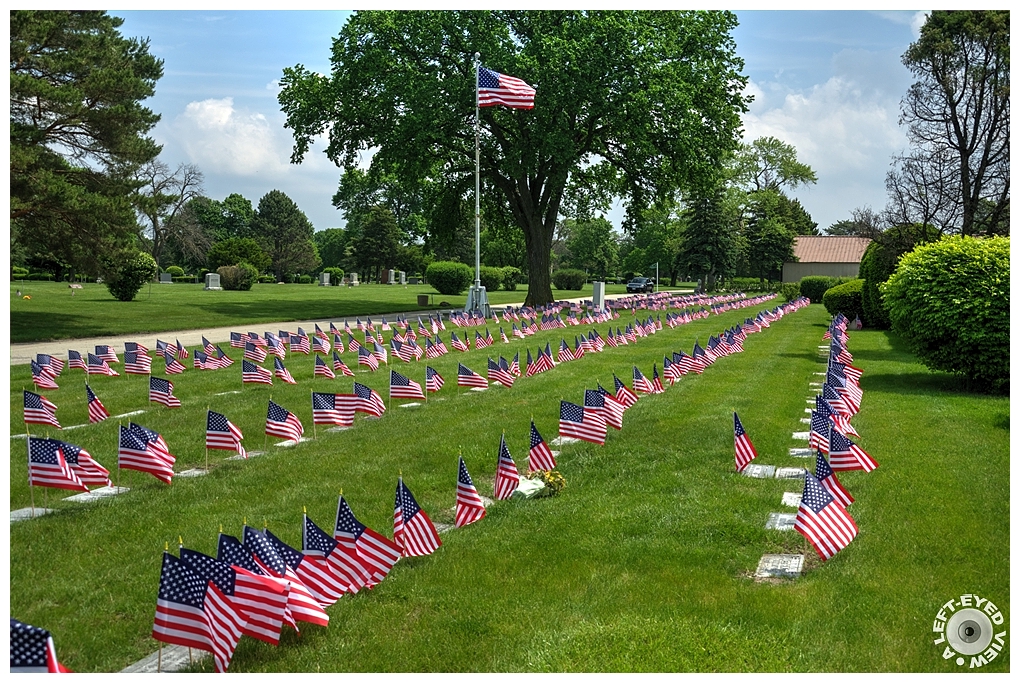 We Remember those Who Paid the Ultimate Sacrifice

Posted by Steven (Chicagoland, United States) on 27 May 2019 in Documentary & Street and Portfolio.

Memorial Day, originally called Decoration Day, is a day of remembrance for those who have died in service of the United States of America.

Memorial Day was borne out of the Civil War and a desire to honor our dead. It was officially proclaimed on May 5, 1868 by General John Logan, national commander of the Grand Army of the Republic. It is now observed in almost every state on the last Monday in May with Congressional passage of the National Holiday Act of 1971.

"It is foolish and wrong to mourn the men who died. Rather we should thank God that such men lived."
- George S. Patton Jr.

I have strong memories as a young girl of attending the service held each year at our town's cemetery, Steven. I do hope they are continuing them now, all these years later. Thanks for reminding me with this image.

Indeed . . never to be forgotten.

never forget them, wherever you are
Nice picture for the remember day

Never forget to remember them.
A beautiful photo.

Interesting doc shot and a good quote to go with it

Your title says it all Steven. Excellent tribute. 5*

Beautiful and moving image. It is perfect for today. Love the quote by Patton.

Nice way to say thank you

What a poignant image! Never forget those who have served and sacrificed.

a beautiful and moving shot

A beautiful tribute for Memorial Day. We should never forget those who gave their lives.

A beautiful tribute and a lovely quote. We should remember those Great people who paid the ultimate sacrifice. Excellent post. :)