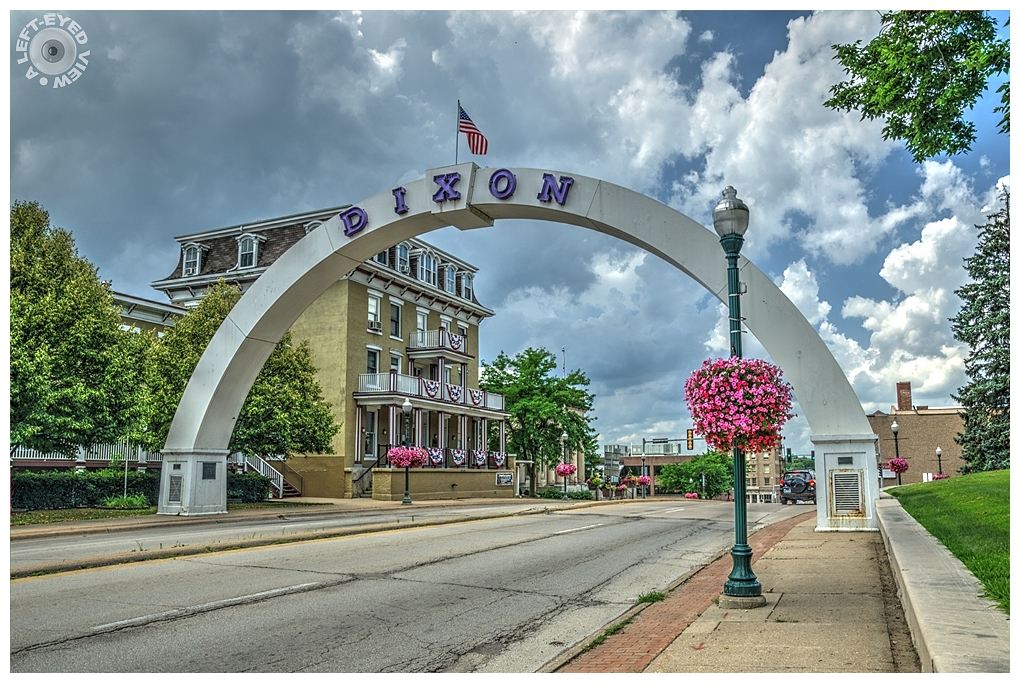 Posted by Steven (Chicagoland, United States) on 12 August 2019 in Cityscape & Urban and Portfolio.

The Dixon Veterans Memorial Arch celebrated its 100th birthday this summer. In anticipation of welcoming soldiers home from World War I, this arch was erected in 1919. A June 12, 1919 parade of soldiers marched on Galena Avenue through it after they were discharged from Camp Grant in Rockford. Dixon serves as the seat of Lee County and is the boyhood home of President Ronald Reagan.

A powerful memorial, Steven, quite different from those we usually see!

What a strong statement this makes . . enhanced all the more by your presentation.

A great memorial for the returning soldiers.

Great view...so wonderful to see it with the street empty. And I love that sky.

A very beautiful composition, beautiful Hdr, good to you Steven

A beautiful image of the arch and sky. The hanging baskets add a nice touch.

I hardly see any memorial arch in England.
Quite a lot memorial statues though.

A superb composition around this moving memorial !

gorgeous, bright, HDR treatment. You also captured a wonderfully wide view of the arch, the street and the surrounding world. One parked car is the only sign that there are other humans around.

There is a lot of history here with this tribute arch. I wonder how many parades have come down this street and under the arch. Beautifully photographed. I also like the building with the patriotic bunting.

How wonderful is that! And I love the color and tones you've captured in this image!

It is a pretty arch with those flowers lining the sides.

Many of the memorials in the USA are arches.
I do not know why... Is it for being more beautiful?
Great framing and composition!