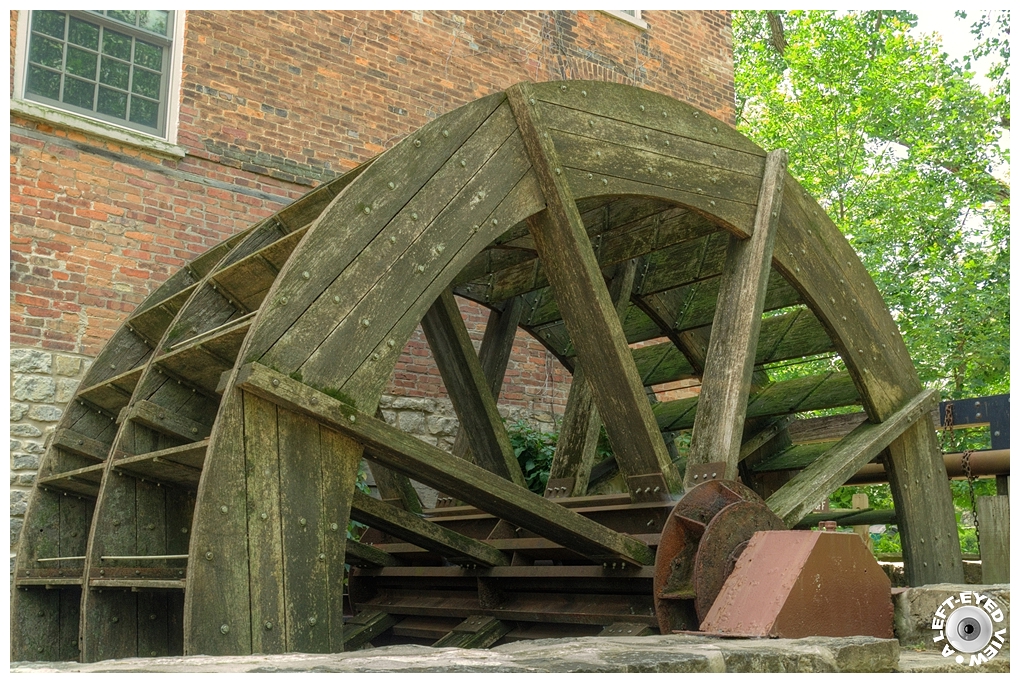 Posted by Steven (Chicagoland, United States) on 14 August 2019 in Lifestyle & Culture and Portfolio.

The Graue Mill building was eventually added to the properties of the DuPage County Forest Preserve District. In 1934, it was decided to restore the mill to the period of 1852-1868, the time the waterwheel was in operation. The restoration was completed in 1943 but was not maintained. In 1950, the mill property was leased to the DuPage Graue Mill Corporation, an organization formed by local residents, who repaired the waterwheel and gear system and opened the museum.

Graue Mill was listed in the National Register of Historic Places in May 1975. And in 1981 was recognized as an Illinois Historic Mechanical Engineering Landmark by the American Society of Mechanical Engineers -- the only gristmill so designated on a national or local level, representative of an important technology and era in the history of America.

The great thing is that such a rarity has survived.

Nice wooden wheel. To see this in movement is always contemplative.

A excellent photo from the wooden water wheel. See this very much.

Sure looks a powerful piece of kit even mow.

Lovely detail shot of this ecologically sound power source. Time to get it back in action :)

This is just excellent. The waterwheel is in great condition. Not many of these to be seen now. 5*

If Roger had not had his stroke, this would not have been a bad drive for us to come see. And I sure would have loved to see it. In person.

I was hoping when I saw yesterday's view, you would show us the mill wheel. Beautiful point of view

It is hard to see how water can operate such a massive wheel. Picture of the wheel is very good.

very good details here..Hope it brings back to working !!!

It is huge. From this point of view, it is perfectly possible to get a sense of how big the wheel was.

A fine restoration job they did. It's great that this mill was not allowed to decay. An excellent image of the powerful wheel.

Can't wait to see what's inside this building.

I love seeing old waterwheels. Each one has an interesting history. Very nice shot.

wow, it appears to be in pretty good shape

This is a gigantic water wheel. I can imagine how powerful it must have been when it was running. I am glad that this building has been restored. It is magnificent.

good documentation of the construction detail, but I would rather see more of the wheel - either through a wider lens or panorama stitching

Very nice! I like your point of view - the wheel seems soooo big!

It really is mind-blowing to think about what people could achieve in the past with so few tools and technology.