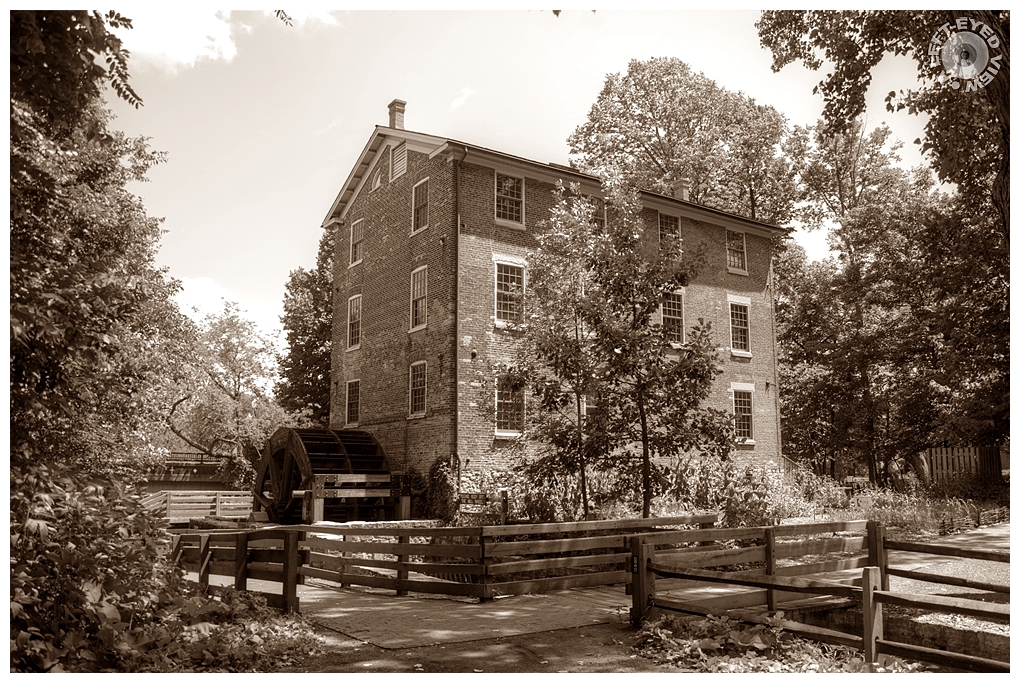 Posted by Steven (Chicagoland, United States) on 21 August 2019 in Lifestyle & Culture and Portfolio.

Frederick Graue was born in Germany, came to the United States and settled in Fullersburg, Illinois, in 1842. In 1849, he purchased the site of a sawmill that had burned down, along with his partner William Asche, and constructed a grist mill there. Asche later sold his share to Graue. Limestone for the basement walls was quarried near Lemont; bricks for the rest of the walls were made from clay from the Graue farm and fired in kilns near the mill site. After the gristmill opened in April 1852, it ground wheat, corn and other grains produced by local farmers.

The mill was a major center of economic life during the 19th century and was also used by Fred Graue to hide runaway slaves on their journey to freedom in Canada. President Abraham Lincoln reportedly visited Graue Mill during a trip from Chicago to Springfield. Frederick Graue and his third son, F.W. ("William") Graue, operated the mill for 70 years until modern milling methods rendered the old mill obsolete and the building was abandoned.

This photo is from the other side of the building from last week's photo and incorporates the building height, size and water wheel. Photo captured July 13, 2019.

What a stately looking building, even with 3 floors, for a mill, Steven.

The old mill is in a stunning setting

Nice to see the mill in whole, great processing

The presentation really halts Time on this one . .

Sepia tonings are well for this old places.

Very beautiful photo of this impressiv and superb mill !

I love this shot...it looks so well built.

This one is beautiful in the old stile.
I like this fantastic composition.

The conversion to sepia tone was well accomplished.
A beautiful image.

I like this old time feel. LOvely point of view

Impressive building..and thank you for that information :) Beautiful view !

A fine picture of this mill. The history of the place is very interesting.

A lovely shot of the mill and waterwheel. Lovely toning.

This is a magnificent building. I can just see the waterwheel turning. I love the sepia color. It creates such a timeless image.

wow, the processing gives it such a timeless appeal

I love your treatment for this - very subject appropriate! Thanks, again for history!

still a beautiful building, brick and thank you for the historic