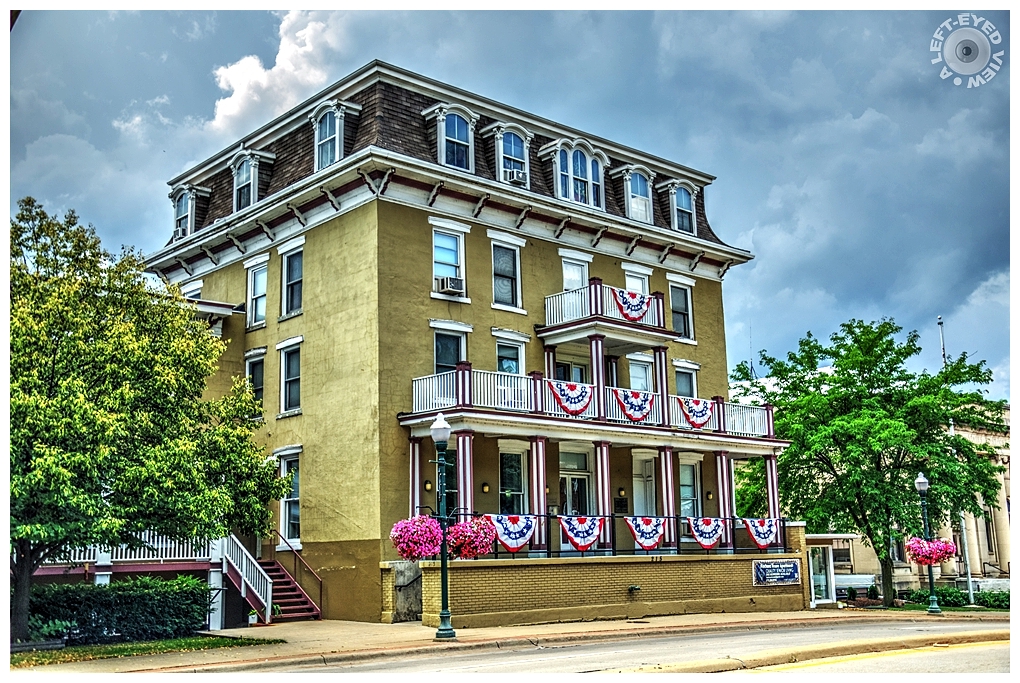 Posted by Steven (Chicagoland, United States) on 22 August 2019 in Sport & Recreation and Portfolio.

The Nachusa House is a former hotel in Dixon, Illinois along Galena Avenue (Illinois Route 26). The building was constructed in 1853 and operated continuously as a hotel until 1988. It underwent many alterations during the time it operated as a hotel. Following its period as a hotel, the five-story mansard roofed building fell into disrepair and was nearly demolished in 1997. The building was restored by the Illinois Housing Development Authority (IHDA) and a Chicago developer renovated the hotel into affordable housing for senior citizens at a cost of $3.2 million. During its height, the Nachusa House was a popular stop along rail and stagecoach lines and was a known layover for Abraham Lincoln. The Nachusa House was added to the U.S. National Register of Historic Places in 1983.

Wonderful history in a beautiful house

Well, that this old building survived. Pretty with this mansard roof and USA-flagg decorations at the balconys.

A great and colorful historic building with a interesting story.

I am so pleased that this building was saved.

Nice write up! Happy that this was saved and has been maintained since then
Five floors..amazing ! Well it looks impressive even now with three floors above the ground floor :)

Worth preserving! What a lovely angle to view it from.

your image is exceptional

It's a grand old place all decked out in bunting. It's been put to good use and I'm glad it escaped the wrecking ball. I enjoy your lovely image.

This is a magnificent building. I had my eye on this earlier in one of your pictures. It is a beautiful building. It has such a rich history. A fabulous image.

It's gotta be the grandest old folks' home in town!

I almost expect a pot-bellied politician on that third floor balcony, spouting some small-town wisdom. Beautiful, crisp and colorful image.

Affordable housing for senior citizens sounds like a perfect legacy for this historicalstructure,Steven. YAY for the forward thinking!

It would be criminal if the building had been demolished.
The less positive thing I find: they put the air conditioning system on the window. I believe they could have found another solution to preserve the historical value of the building.

Beautiful photo of this superb Hotel !

This looks like an interesting part of the country.