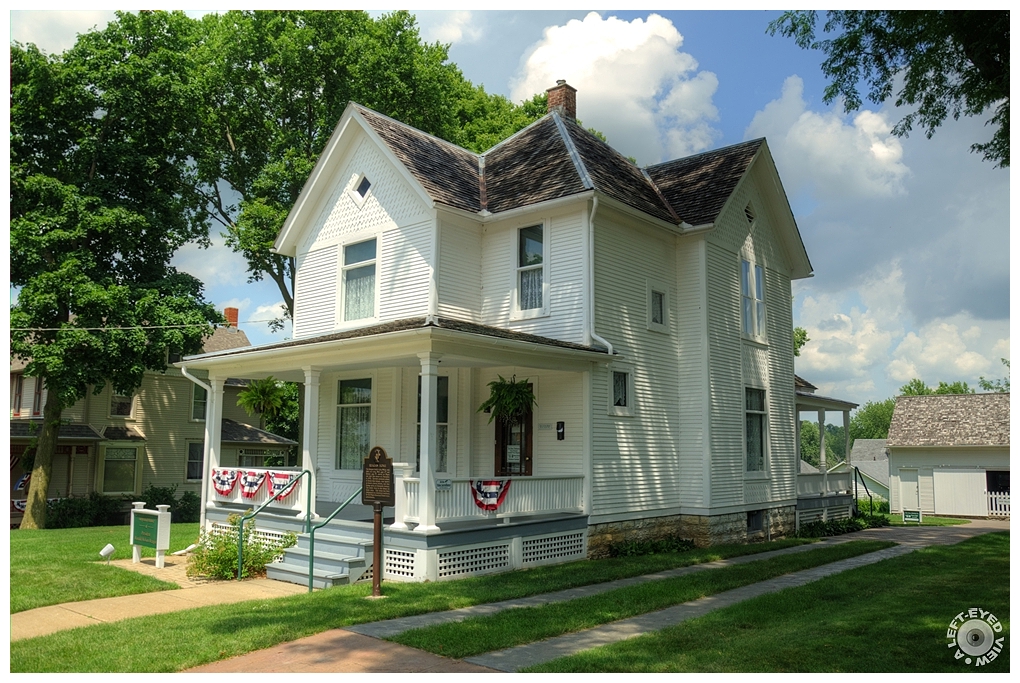 Posted by Steven (Chicagoland, United States) on 28 August 2019 in Documentary & Street and Portfolio.

The Reagan family - Jack, Nelle, and their two sons, Neil (age 12) and Ronald (age 9), moved to Dixon and into this house on December 6, 1920. The boys attended school at South Side School, later known as South Central School, just four blocks north on Hennepin Avenue. The family lived in this house for three years. This home has been designated as a historical landmark by the Dixon Historical Preservation Commission.

Ronald Wilson Reagan was an American politician who served as the 40th president of the United States from 1981 to 1989. Prior to his presidency, he was a Hollywood actor and union leader before serving as the 33rd governor of California from 1967 to 1975. He always considered Dixon as his hometown and came back to visit quite often.

The American way of building is interesting. At least it is not monotonous when you look at the roof or many angles of that house.

I declare! It's such a handsome house, Steven, and one definitely to be declared a historic landmark.

Ronald Reagan was a great president. And this a lot more if I see the politics today. Chapeau! I like this beautiful wooden house here. Nice capture and hommage.

I like these beautiful wooden houses typical of the United States, they look great. Thank you very much for the photo and also the accompanying note.

Memory of the great president, the father of INF treaty !

A great look at the former home of Ronald Reagan.

WHat a charming house!

What a nice and typical American house

An interesting old house. It's not nearly as elegant as yesterday's post.

@Steve Rice: But it sure shows you his humble beginnings.

>Prior to his presidency, he was a Hollywood actor

Markle was a Hollywood actress, now a duchess.
Although, I prefer Mrs Simpson. She got style.

This is a gorgeous home. I love the front porch. So much history here. Beautifully photographed.

I love this house - lovely shot!

It's just a house, and he just lived there during 2-3 years of his boyhood. But I guess it is important to some. But nice shot of it.

what a beautiful old home

how ironic that he was a union leader and then broke the union by firing the air traffic controllers. i worked with a man in Little Rock who had to relocate from Texas after he was fired during that debacle.

It looks quite small compared to what presidents live in nowadays.